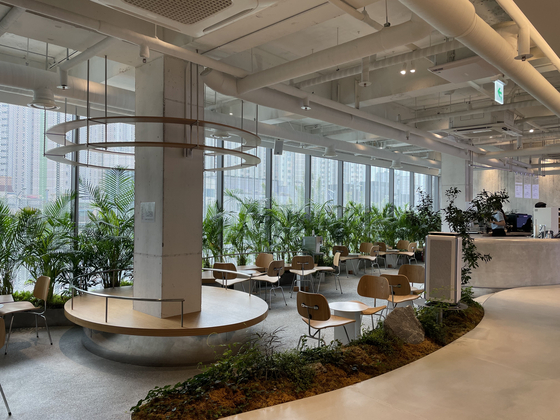 It's Magic is run by SK Magic and lets visitors try its kitchen appliances while taking a rest. [LEE SUN-MIN]


Many people itching to get out of the house have been exploring mountains and valleys, looking for space out in the open to spend their vacations and free time during the pandemic — but after a while, even nature may start to feel a bit repetitive.

Sometimes it may be just as well to take a break from nature and check out some manmade creations, one such place being the so-called cultural spaces that companies set up to introduce their products in a more indirect way. Many lifestyle brands have been setting up a separate space, distinct from their commercial stores that may border on claustrophobic, in order to more fully deliver the feel of their products.

One such hot spot among Seoulites looking to take a small trip out of the citys, is Simmons Terrace located in Icheon, Gyeonggi, right by the company’s manufacturing facility. The cultural space originally opened three years ago, but its popularity boomed during the pandemic as it has worked as a culture spot to visit for Incheon residents and other neighboring cities as it hosts many different events. As of September, about 400,000 people have visited. 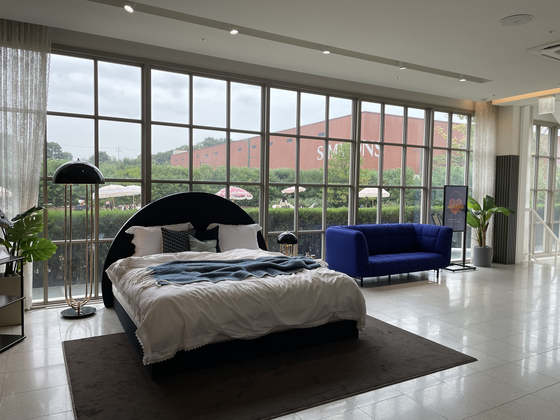 Many different styles of beds are on display so that visitors can try lying down on them at Simmon Terrace in Icheon, Gyeonggi. [LEE SUN-MIN]


It uses the grass lawn in between its factory and cultural space Simmons Terrace to host farmers’ markets to support local Incheon farms or set up a large Christmas tree and lights to fill locals with the holiday spirit without having to go far. It also displays artwork by many international talents to entertain the eyes of the visitors. 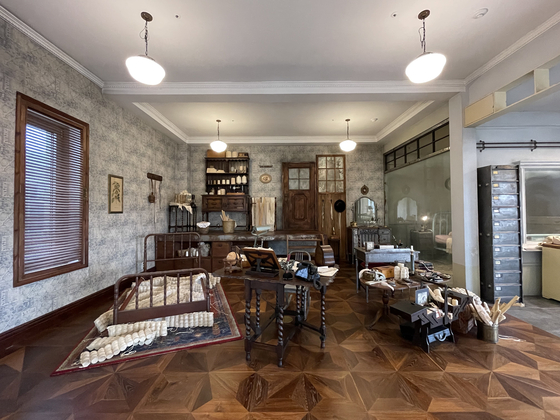 The ongoing exhibition at Simmons Terrace shows how the American brand was first established in its museum. [LEE SUN-MIN]


While the outside area is for outdoorsy people, the inside is for those who want to try out some luxurious 30-million-won ($25,000) beds. Going back inside, there are a couple dozen beds to try lying down on. The base floor of the building is filled with different styles of beds Simmons carries, with different bedding. All the frames and mattresses that are on display are open for visitors to lie down on as long as they want to. Attendants stationed all around the floor will be there to answer any questions.

Some sofas using the same springs and cushions as the beds are available for a test sit or three, and other lifestyle home decorations are up for grabs. Choosing the right bed is just one step toward having a very restful night's sleep, and the company offers printouts of drinks and habits that can also aid in a good night's sleep.

“It went viral, especially among millennials and Generation Z” said the company, adding that posts with the hashtag that says "Simmons Terrace" in Korean has passed over 67,000 on Instagram. “It is a cultural complex as well as a lifestyle showroom where beds, a museum and a cafe are all intertwined in the same space to offer a variety of content to entertain not only locals in Icheon but also visitors from outside.” 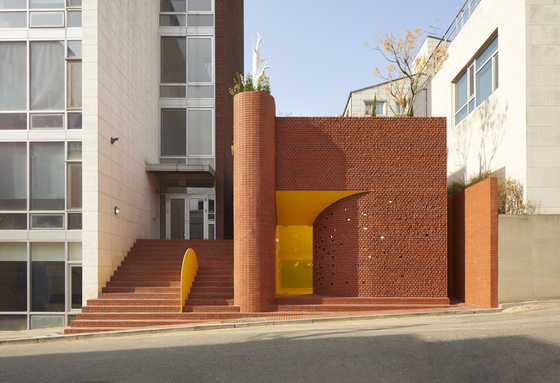 The facade of Roly Poly Cotto, a restaurant and cafe run by food company Ottogi, stands out in the residential area of Gangnam District, southern Seoul. [OTTOG]


Roly Poly Cotto in southern Seoul’s Gangnam District is a restaurant and cafe run by food company Ottogi. In the middle of residential buildings seemingly void of any unique spaces, the brick wall of Roly Poly Cotto stands out and stops the footsteps of passersby. Opened last year, the building is separated into two different stories serving two different functions: The ground floor is a restaurant that serves more hearty food, while the top floor with an outdoor terrace is where lighter brunch foods are offered with drinks.

Out in the grass terrace, different chairs, bean bags and areas to sit are prepared for those who want to space out while looking at the blue sky overhead or chat with a friend. More sitting areas are available out on the terrace than in the restaurant area. 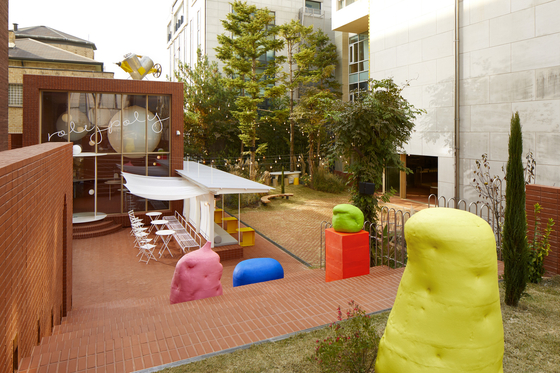 
Many different versions of curry over rice are available at the restaurant, alongside ramyeon adorned with different toppings such as beef and green onion, or tabasco hot sauce and tomato. The curry is made with the readymade curry sauce Ottogi distributes through local retailers, while the ramyeon is its Jin Ramyeon. Vegan noodles and vegan dumplings are also offered. Pastas using its Fresco brand products are available at the upstairs brunch cafe, and all items on the menu list which Ottogi products are used to make the dish so that diners can be inspired to look for the same products when they go grocery shopping to make their own meals.

Ottogi also made a board game set designed to look like the package of its its steady-selling Jin Ramyeon and a Rummikub set whose joker block shows the face of the brand character, so visitors can take home a souvenir that will last past dinner.

It’s Magic, run by SK Magic, a company that makes a variety of kitchen appliances, is the place to visit for a more hands-on experience. Located in Gangdong District, eastern Seoul, the space has a big cooking studio where it invites celebrity chefs like Hong Sin-ae of restaurant Salt or Wang Yuk-sung of Chinese restaurant Jin Jin. Jayden Won of tomato farm Farm_Nevertheless is also scheduled to offer some dishes made with the farm's tomatoes. Some cooking classes offered this month start from 60,000 won. 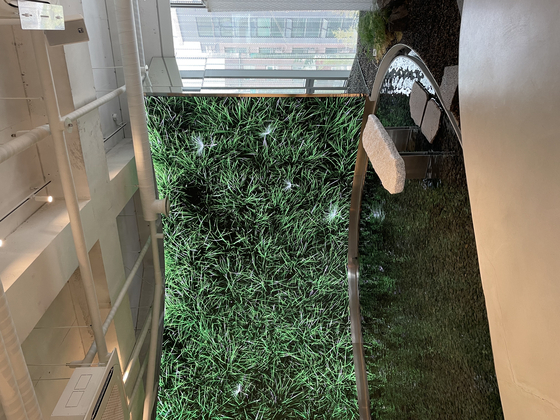 A large media wall is on display and visitors can sit on the stone chair in front of it. [LEE SUN-MIN]


But there's no need to take a class if all you want to do is just take a look around. Visiting the facility is free, but you need to make a reservation online. If slots are still open, you can simply walk in to take a look around and see what gadgets the space has prepared. The space offers some programs in which you make a small terrarium for 30,000 won per person. There are some massage chairs ready for a customer and a large media wall with water in front and a seating area. A cafe offers a variety of drinks and some bites for anyone who needs a pick-me-up.

Sunglass maker Gentle Monster was also a hit with visitors. Known for making show rooms with a variety of artistic installations, the company again captured the attention of trendsetters in Korea with its new show room called Haus Dosan near Dosan Park in Gangnam District. The Haus project, which started in March, went global and opened another Haus in Shanghai on a bigger scale. Just like other cultural spaces offer food and drinks to keep visitors a little longer, Gentle Monster even went so far as to create its own dessert in a design it matches the direction it wishes to pursue.