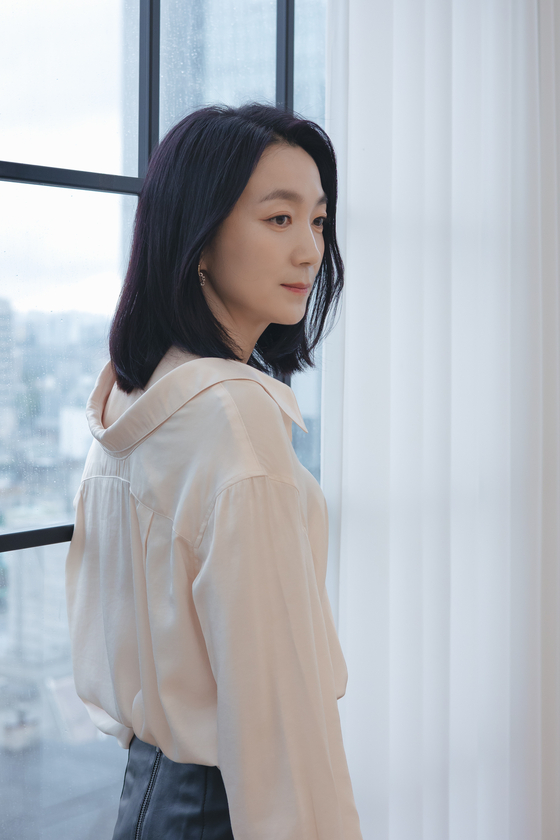 
After over two decades of acting, Kim Joo-ryoung skyrocketed to global fame after she portrayed the con-woman contestant Han Mi-nyeo in the hit Netflix Korea series “Squid Game.”

Her character Mi-nyeo is someone capable of doing anything, either to make money in society or survive the games. Kim embodied the rollercoaster of emotions that Mi-nyeo shows throughout the show and captivated international audiences.

The actor recently sat down for an interview with the Ilgan Sports, an affiliate of the Korea JoongAng Daily, to share behind-the-scenes stories from casting to how she feels since the series has become a worldwide sensation.

Q. “Squid Game” saw international success and made history. How does it feel?

A. The moment I received the script, I predicted that the show would be successful to a degree, but I never imagined to this level. It feels surreal but I am also so happy. I am really feeling the saying, “What’s most Korean is what’s most global.” “Squid Game” became the epitome of that, and I am honored as an actor to be a part of it. I hope Korean content gets more global recognition in the future.

I had already worked with [the show’s] director Hwang Dong-hyuk in films “Silenced” (2011) and “Collectors” (2020). On the set of “Collectors” in 2019, he told me he really enjoyed my performance in the series “SKY Castle” (2018-2019) and said, “Kim Joo-ryoung’s still got it!" So we chatted, and he asked me about my plans for 2020. He told me he was preparing a project and will give me a call when it’s more concrete. And in early 2020, the assistant director actually sent me the script and I was offered the role of Mi-nyeo. It felt like a dream. I thanked Director Hwang for trusting me as an actor and giving me the role even without an audition. 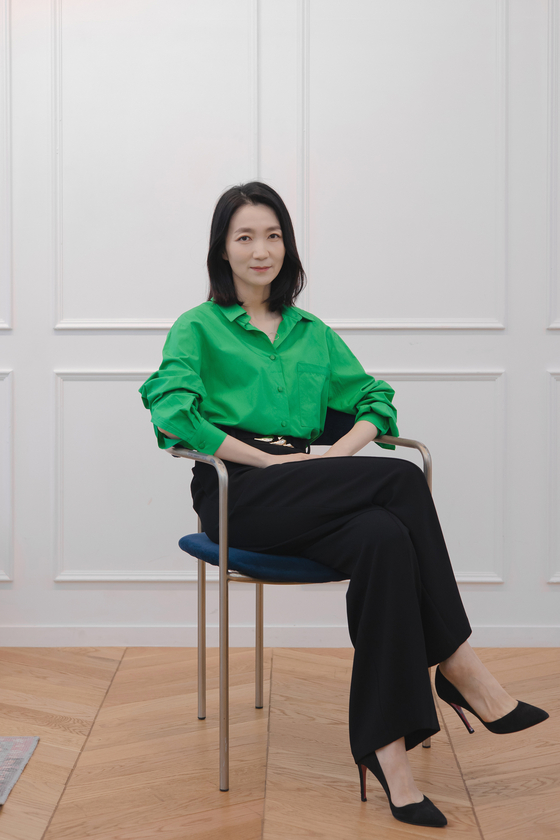 What was your first impression of the script and your character Mi-nyeo?

The day after I was given the script, I started reading it from the morning at a cafe in literally one sitting. The level of immersion was amazing. As I read the script, I burst out in laughter, cried my eyes out, became speechless, got shocked and gasped. The people at the cafe probably thought I was crazy. But I became so immersed that I didn’t even notice my surroundings. The concept of making nostalgic Korean childhood games into a brutal survival game was so shocking yet refreshing. I was horrified, in a good way, by Hwang’s imagination. The overarching theme of “Squid Game” is about the loss of humanity, but I think the story is eventually about restoring humanity. It was an extraordinary piece of work, and Mi-nyeo was the most volatile character with a rollercoaster of emotions. It’s easy to hate her, but on the inside, she’s lonely and afraid of people more than anyone else. I pitied her — that she is someone who can’t belong anywhere.


You’ve mostly depicted intense roles, and Mi-nyeo is high up on that list. How did you build your character?

As I mentioned, Mi-nyeo seems tough on the outside but has more fear than anyone else on the inside. She’s actually timid, but she’s loud and talkative as if she’s performing a monodrama on stage. That’s because she doesn’t want other people to notice her faint-hearted inner side. It was her desperate struggle to survive, as well as her way of telling people, “Please look at me.” I hoped some viewers would also feel sorry for her and root for her. I didn’t set specific plans for my acting; I tried to live through the extreme storyline as Mi-nyeo herself. I still feel sorry for Mi-nyeo and it makes me tear up.

Kim said Mi-nyeo acts tough on the outside but is actually lonely and timid on the inside.[NETFLIX]

As a viewer, what are the key points to focus on while watching “Squid Game”?


It boils down to a story about people. If you follow each character’s storyline, you’ll get overwhelmed by sadness. The work has great storytelling power. And of course, the artistically designed set for "Squid Game" is absolutely fantastic, and the soundtrack too.

I had around 400 followers before “Squid Game.” I checked this morning and I have 1.68 million followers now [currently 2.1 million as of Oct. 20]. It feels surreal, like “What on earth is happening?” (laughs). The longer I live, I feel like I’ve really seen everything. I receive direct messages in so many languages, and I’m sorry that I can’t respond to every one of them. I don’t know how to thank them, but I can really feel that I am receiving attention and love from so many people. I should be more careful about my words and behavior from now on [as more people are watching] (laughs).

(Laughs) I would first buy a house and deposit 2 billion won into my savings account. Then with the rest of the money, I would start a foundation for students who are in need, whether in Korea or abroad. I once lived in the United States while my husband was studying there, and we received help from so many people around us during that time. If I got 45.6 billion won, I would carry out that foundation project right away. However, for Mi-nyeo, I doubt she would be able to spend such a large amount of money wisely. 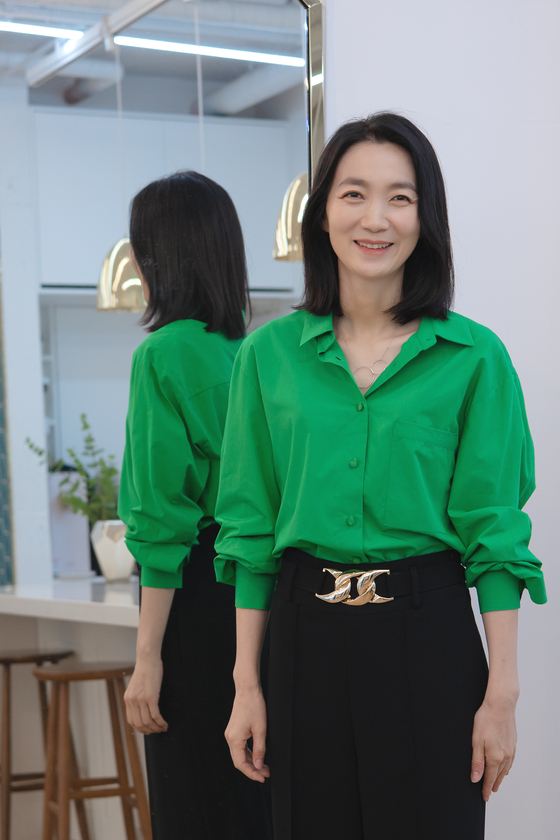 You’ve been acting for 20 years. What do you want to do in the future as an actor?

Twenty years... that’s quite a long time. “Squid Game” gave me so much joy and thrills during the filming process. I was so happy on my way to the set, and I have no regrets because I did my best. It also became the show that made my name known to the public, and I think of it as a gift to me for not giving up on acting for two decades. As always, I will continue working on projects, one by one. I do feel a bit of pressure and fear because there’s high expectations after “Squid Game.” I want to repay [my fans] with good acting, but now I also want to focus more on enjoying the acting process itself. Kim Joo-ryoung will simply carry on as usual.


Do you have anything else to say to viewers?

Thank you for enjoying “Squid Game” and supporting Kim Joo-ryoung the actor. I promise I will meet you through more works in the future. Thank you so, so much.