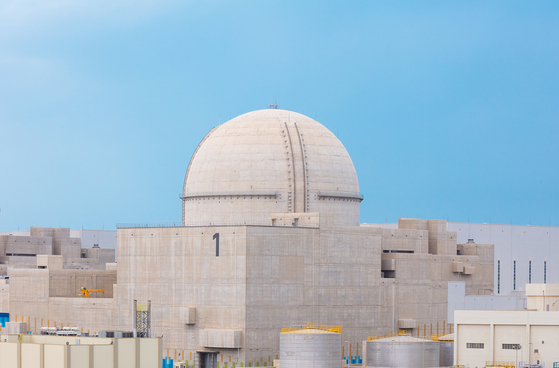 
Doosan Heavy Industries & Construction signed a deal to do maintenance on a reactor at the Barakah nuclear power plant in the United Arab Emirates (UAE).


The company announced Thursday that it will conduct maintenance on the turbines, generators and other major systems of the unit 1 reactor of the Barakah nuclear power plant in Al Dhafra.

The unit 1 reactor started commercial operations in April and maintenance will be conducted between next April and June.

The plant is the UAE's first nuclear power plant and the first Korean nuclear plant export.

Once all four units of the Barakah plant are commercially operating, Doosan Heavy Industries & Construction plans to conduct maintenance on the entire power plant every two to three years.

The deal was signed in line with an agreement between Doosan Heavy Industries & Construction and Nawah Energy Company in June 2019 to conduct maintenance on all four Barakah reactors. The two companies agreed to sign a new maintenance service deal for each of the four nuclear reactors of the Barakah plant.

Nawah Energy Company is a joint venture between the Emirates Nuclear Energy Corporation and Korea Electric Power Corporation, started in 2016.