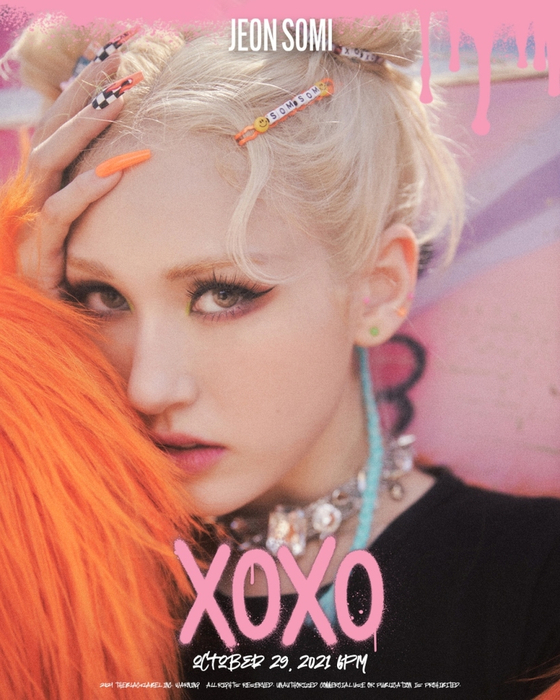 
Singer Jeon Somi will release her first full-length album “XOXO” on Oct. 29, according to her agency The Black Label.

The album comes three months after the singer released her single “Dumb Dumb” in August.

“Because this is Somi’s first album since her solo debut three years ago, we are planning to show a wide spectrum of music,” the agency revealed.

“Dumb Dumb” reached the top 10 in nine regions on the Worldwide iTunes Song Chart while the music video for the single surpassed 10 million views in 24 hours after its release.