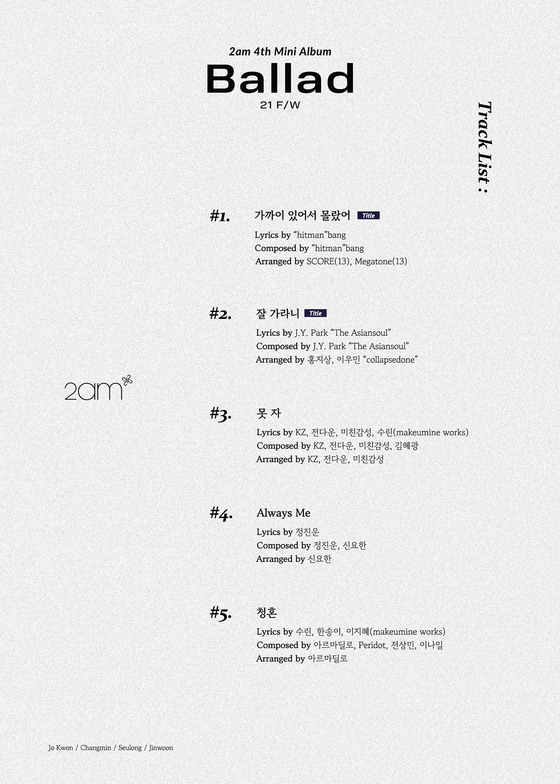 
The lead tracks of 2AM’s upcoming EP, “Ballad 21 F/W,” will be “I didn’t know because we were close” (translated) and “What do you mean goodbye” (translated).

The two lead tracks were each produced by Bang Si-hyuk, also known as “Hitman” Bang, and Park Jin-young, or JYP.

The full track list was uploaded to the boy band’s social media accounts on Friday. The other songs are: “I can’t sleep” (translated), “Always Me” and “Marriage proposal” (translated).