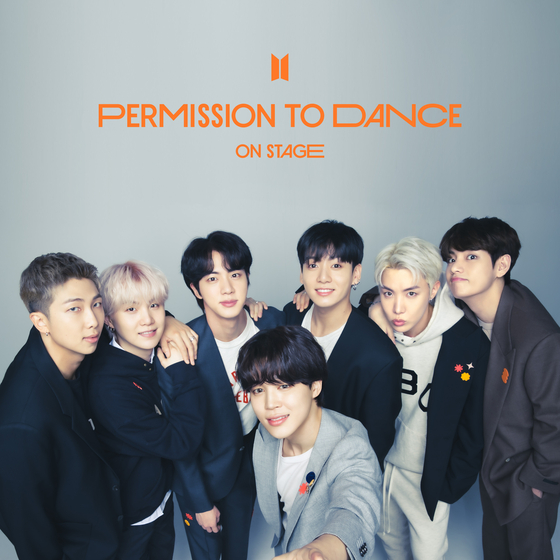 
BTS will return to the stage with its online concert “BTS Permission to Dance on Stage” on Sunday.

The concert will be aired live at 6:30 p.m. on the live streaming page of the fan community platform Weverse.

At 3 p.m. the same day, fans can also tune into the sound check streaming, where BTS will be shown rehearsing prior to the concert.

It has been four months since the boy band’s two-day online concert and meet-and-greet “BTS 2021 Muster Sowoozoo” in June, which celebrated the band’s eighth anniversary of its debut.

After BTS’s Billboard-topping single “Permission to Dance” was released in July, the band has been promoting the song through various outlets. The band’s agency HYBE opened an offline pop-up store today, named “BTS Pop-up: Permission to Dance in Seoul,” at eastern Seoul’s Seongdong District.

The pop-up store has BTS merchandise for sale as well as a recreation of the signature orange color set from the “Permission to Dance” music video. It will remain open until Nov. 21.