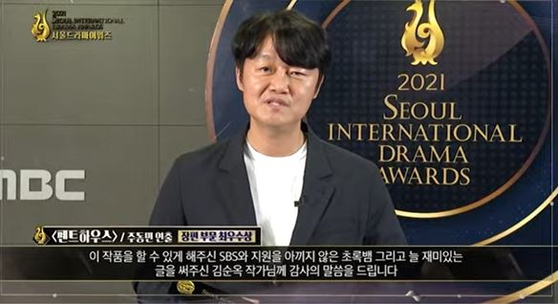 “This award feels like a compliment after finishing a year and a half’s worth of work,” said Joo Dong-min, who directed “Penthouse.” “I want to thank our staff members who worked really hard in their respective fields and the actors who did their best for every scene. And I’d also like to thank screenwriter Kim Soon-ok for always writing such interesting stories.”

The SDA is an annual award ceremony which started in 2006. It is an international festival that honors dramas from around the world.

This year's 16th edition of the awards ceremony was broadcast live on MBC and the SDA’s YouTube channel and hosted by actor Park Eun-bin and boy band Astro’s Cha Eun-woo. The grand prize went to the JTBC drama “Missing Child.”