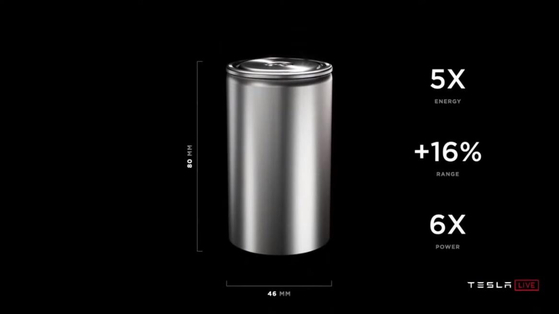 Reducing the sticker price on electric vehicles (EVs) is the only way they'll compete in a global auto market still dominated by internal combustion engines.  Currently, EVs are about 10 million won ($8,500) more expensive than their internal combustion counterparts.

In order for EV prices to go down, the batteries have to be cheaper. Batteries account for 30 to 40 percent of a vehicle's price.

Cheaper batteries will be particularly necessary when government's stop subsidizing EV purchases, as is happening in European countries.

Analysts say that when the average price of batteries goes below $100 per kilowatt-hour (KWh), EVs will come into their own as competitors to internal combustion engine vehicles.

That figure stands at $143 at the moment, according to Seoul-based market tracker SNE Research. The institution expects the price to hit $100 in 2027.

Auto manufacturers are taking various strategies to lower the cost of batteries in their vehicles.

Battery chemistry is a major factor. The world's biggest EV maker, Tesla, recently announced that it would switch to lithium-iron-phosphate (LFP) batteries for all of its standard-range cars. Previously, Tesla's standard-range cars had either LFP and nickel-cobalt-aluminum (NCA) batteries.

LFP batteries are cheaper than NCA or nickel-cobalt-manganese (NCM) batteries because they don't use expensive metals like nickel and cobalt.

"Although they lack energy density, which is why they are not a suitable choice for high-performance or luxury EVs, LFP batteries are a cost-competitive choice for entry-level EVs."

LFP batteries have been the domain of Chinese battery makers such as CATL and BYD. CATL has been the supplier of LFP batteries to Tesla.

SK On, a wholly owned battery subsidiary of SK Innovation, is the only Korean manufacturer that has made its interest in LFP batteries official.

In a recent interview with Reuters, SK On CEO Jee Dong-seob said it is considering developing LFP batteries, citing "interest in LFP technologies from automakers."

Aside from chemistry, formats are also a factor in battery prices.

Cylindrical batteries are known to have price competitiveness over pouch or prismatic types.

"In the history of lithium-ion batteries, the cylindrical type is the oldest, which means the manufacturing process has been developed and systemized," said Professor Park.

"Material costs for cylindrical batteries are not cheap but when you consider the manufacturing process, cylindrical types can produce many more units than NCA types with the same input."

Tesla is known to be an advocate of the cylindrical format. It is currently in development of what's called the 4680 cylindrical battery, which is bigger and has a higher energy density than batteries currently used. Use of 4680 batteries is expected to reduce battery costs by 50 percent, according to Tesla CEO Elon Musk.

"The 4680 battery will also have a longer range and higher energy density," said Moon Yong-kwan, an analyst at Shinyoung Securities. "It is currently in test production."

Up-and-coming EV makers such as Rivian and Lucid Motors also have chosen cylindrical batteries for their EV models.

Making batteries instead of purchasing them from battery makers is another strategy carmakers are considering.

Toyota recently announced it will build a battery factory of its own in the United States with an investment of $1.29 billion for its hybrid and pure EVs.

Volkswagen, the world's No. 1 automaker, said early this year it will gradually ramp up its battery manufacturing.

Hyundai Motor said in an April conference call that it is currently researching lithium-ion and solid-state batteries with an objective of going into battery manufacturing.