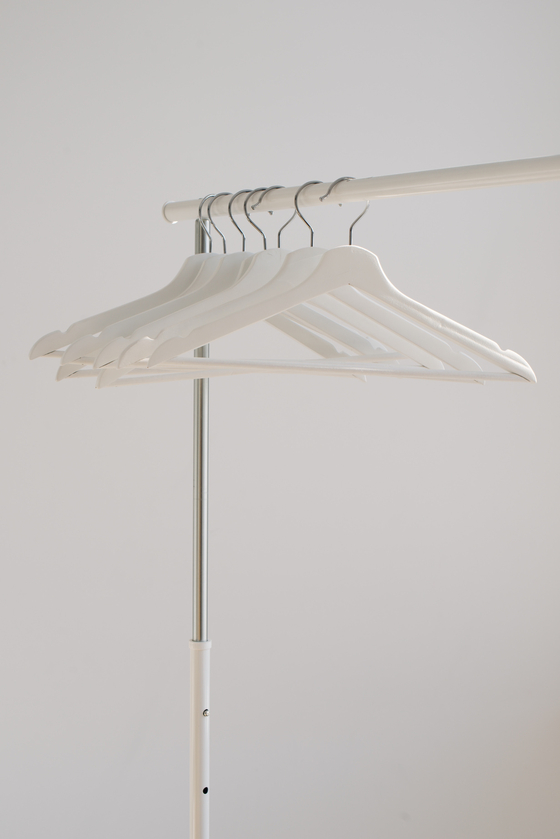 The minimalist lifestyle has been gaining traction in recent years. A growing number of Koreans in various age groups are joining the lifestyle. [ANDREJ LIAKOV]


Today’s consumerism and influx of advertisements seem to tell us to keep buying newer, bigger and better versions of things. As a result, it is easy to accumulate stacks of items that we often do not need.

But some are going against consumerist culture and opting for a minimalist lifestyle. Minimalist living has been gaining traction in recent years and a growing number of Koreans across various age groups are joining in. On social media platform Instagram, the hashtag “minimal life” in Korean has been used over 553,000 times.

The Covid-19 pandemic played a significant role in the rise of this lifestyle, as people were forced to spend more time at home due to quarantine or working from home.

“When the pandemic broke out and I became stuck at home, I noticed I had so many piles of things around my house,” a Gyeonggi woman in her 20s told the Korea JoongAng Daily. 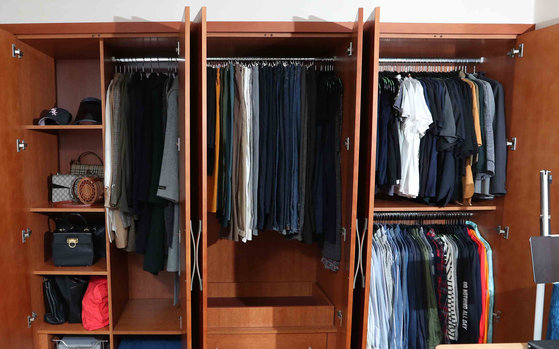 The Covid-19 pandemic heightened interest in minimalist living as people were forced to spend more time at home due to quarantine or working from home. [KIM SANG-SEON]


“It was a stressful sight. So I started throwing away unnecessary stuff. Since then, I regularly sort out items I no longer use. Living a minimal life made me better understand what I really need, and the sense of accomplishment from emptying things out has a positive effect on my mental health too.”

Survey platform Tillion Pro conducted a survey on people in their 20s to 60s in late 2020. Twenty-eight-point-one percent said they started living a minimalist lifestyle since the pandemic hit. Another 39.1 percent answered that while they did purchase items to be more comfortable while spending an increased amount of time at home, they got rid of other unnecessary items. Overall, 55.7 percent of respondents said that they developed a heightened interest in minimalist living since the pandemic started.

The minimalist lifestyle is not necessarily the same as a frugal one, although they share the common trait of buying less. Saving money can be one motivation for minimalist living, but environmental and psychological reasons also play big roles. Many minimalists emphasize reducing not only purchases, but also possessions and trash such as excessive packaging — a value known as “zero-waste” — even if it means paying more. Simply put, penny-pinching is rarely the point of minimalist living.

While each minimalist joins the lifestyle for their own reasons, culture studies Professor Alex Taek-gwang Lee of Kyung Hee University says the trend reflects a broader social change.

“Abundance and consumption is encouraged under capitalism,” he said. “But youths today in their 20s and 30s are skeptical. Jobs are hard to find, the wealth gap is growing worse, and they’ll likely never reach the level of wealth their parents have. They can’t even afford houses big enough to store that many items.

“The rising popularity of minimalist living means more people are seeking an alternative way of life from rampant capitalist consumption. It’s an act of defiance and taking control of their possessions.”


The art of letting go

Some who have already purchased too many items are kicking off their new minimal lifestyle by throwing things away. This may not align with the zero-waste way of life, but is a crucial starting point.

Parting with items is often difficult, whether it’s because of memories or the faint hope it will come in handy in the future. To resist the temptation to cling on, some look to others for help. 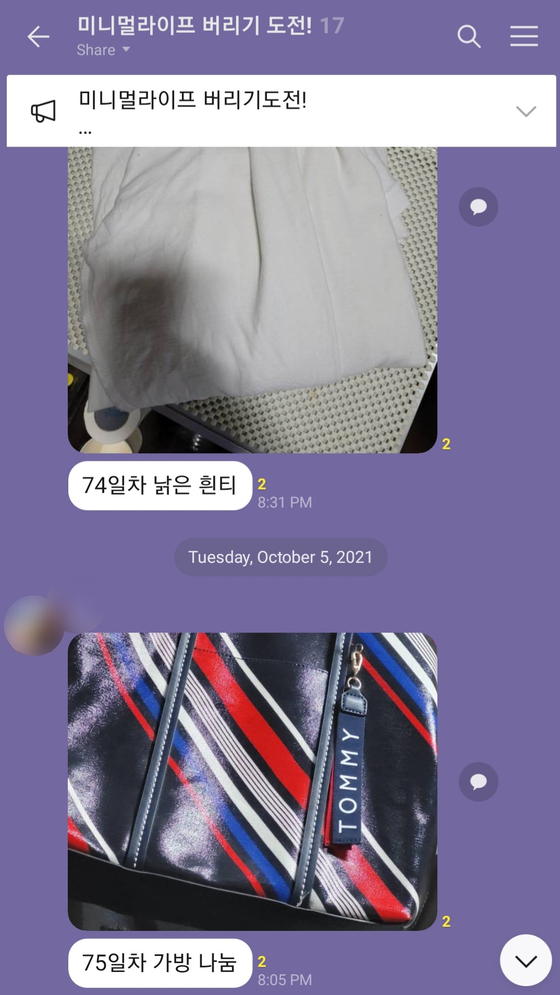 Some who experience difficulty throwing away items find collective motivation in open chatrooms. Chatroom members share “proof photos” of what they threw out that day and encourage each other. [SCREEN CAPTURE]


In several open chatrooms on messaging app KakaoTalk — with names such as “Minimal life throw away challenge” and “Throw away one thing a day” — minimalists have formed a community to motivate each other. Chatroom members make a pact to throw out a certain number of items per week. They upload “proof photos” of what they discarded or gave away that day, examples of which include clothes, gifts they never used, an old mirror and expired perfume.

Forty-seven-year-old Choi from Incheon is active in one of such chatrooms.

“Covid made me feel down, so I didn’t want an untidy house to make me feel worse,” she said. “Getting rid of things helped me organize my home and lift my mood. My house feels bigger and more pleasant without those piles of odds and ends.”

The best way to maintain a minimalist lifestyle and prevent items from accumulating is to buy less to begin with.

Son Yea-won, a 34-year old YouTuber who runs the channel “It’s Enough” shares her tips on minimalist living with videos titled “10 things I don’t buy anymore” and “Five things you can throw away right now.”

“I became interested in the minimalist lifestyle after watching a documentary, and thought it was the best way for me to enhance my quality of life in my small house,” she said.

“I wanted to share and record my minimalist journey. My subscribers made me realize that the age range of minimalists is wider than I thought.”


Son avoids unnecessary purchases by writing a wish list, then letting it sit for a few days to consider if she really needs the items.

“Buying with caution is the beginning of minimalist living," said Son. “Always think that you’re ‘keeping your house light.’ When you live with the items you really need and cherish, life gets simpler.”

Saving money is an obvious bonus of buying less, but Son added that financial benefits are secondary; minimalist living brought her peace of mind above all.

Another aspect of minimal living is minimizing the amount of trash we produce — especially plastic that is particularly detrimental to the environment. This effort is dubbed the “zero-waste movement.”

Producing zero trash is harder than it sounds, as daily necessities like shampoo mostly come in plastic packaging. Since we cannot stop buying necessities, minimalists are opting for eco-friendlier options — even if they cost more.

Thirty-four-year-old Shin from Seoul replaced all her shampoo and dish detergent products with soap bars, instead of the typical liquid formulas that come in plastic pump bottles. 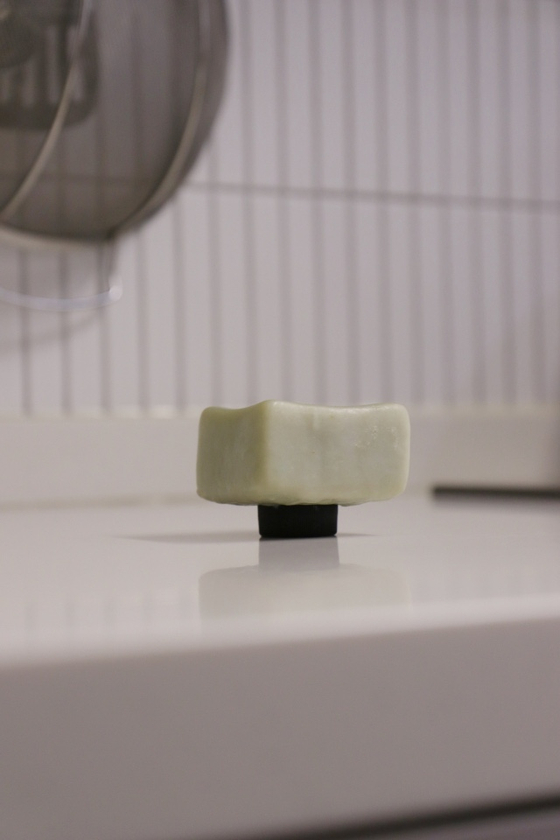 In order to produce less plastic trash, more people are replacing shampoo and dish detergent with soap bars instead of the typical liquid formula that comes in plastic pump bottles. [YOO JI-YOEN]


“I bought them out of curiosity and they have the same cleaning power as conventional products,” she said. “They come in paper boxes, so the amount of plastic trash my family creates has visibly decreased. It makes us feel that we’re causing less harm to the planet.

“Of course, I can’t ignore the price. Typical dish detergent is usually 5,000 won ($4) per liter, which lasts about six months. But the soap bars I use are 13,000 won for 500 grams and I go through them in two months. They are much pricier than conventional products. But I plan to continue using them because I think it’s worth it for less trash and water pollution.”

Shin is not alone. In June, sales of lifestyle brand Jaju’s shampoo, body wash, conditioner and dish detergent soap bars exceeded 70 percent of their two-month sales target in 15 days. Even high-end soap from Italian luxury brand Santa Maria Novella and Sweden’s L:A Bruket, which have prices starting from 30,000 won a piece, saw sales rise by 60 and 40 percent respectively in the first half of this year compared to the same period last year. 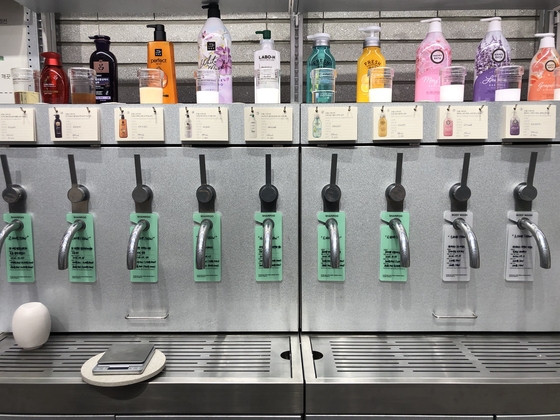 At refill stores, customers can bring in plastic containers they already own and fill them back up with products, paying per liter. [YOO JI-YOEN]


Those who are not ready to completely give up on convenient plastic pumps have found a middle ground — refill stores. Customers can bring in plastic containers of various products they already own to fill them back up, then simply pay per liter. That way, they can still enjoy the same product without having to buy a new one and throw away the old plastic container.

A refill store in Gangnam, southern Seoul, named Thanks to Zero Waste Shop said the store opened right around the time when the pandemic started. It quickly built a regular client base and has been seeing a steady increase in sales ever since, according to the store’s manager.

Changing to a minimalist lifestyle may seem drastic, but YouTuber Son emphasized that minimalist living is not at all about emptying everything out.

“A lot of people think that switching to minimal living means suddenly sitting in an empty house,” she said.

As Son stresses in her videos, that is not the case. The number of items is not the main point; someone who owns 50 items that they need and use is more of a minimalist than someone with 10 unnecessary items.

“I hope people don’t misunderstand that minimalist living is only about owning as little as possible or being stingy,” she said. 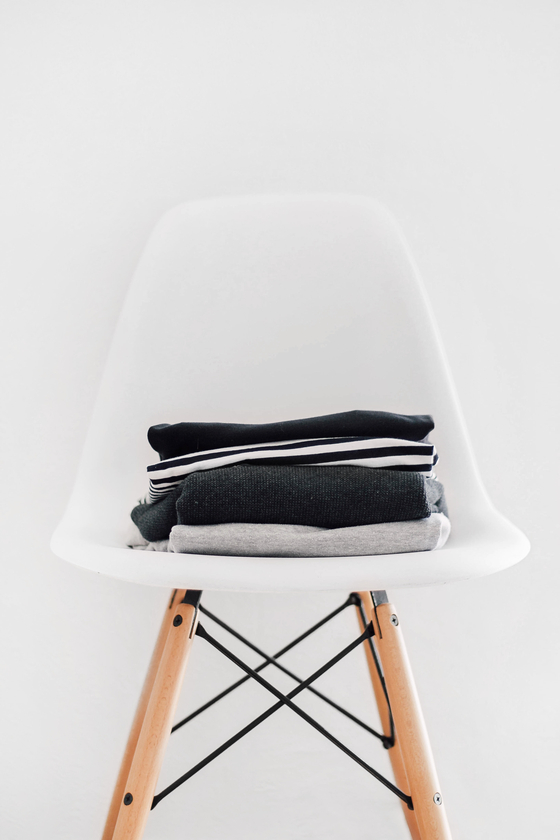 YouTuber Son emphasizes that switching to a minimalist lifestyle does not mean suddenly living in an empty house. [SARAH DORWEILER]


A minimalist lifestyle doesn’t have to be a grand commitment either, said 30-year-old Kim Dong-hyun from North Gyeongsang.

“If you’re hesitating because it sounds overwhelming, start by emptying out a drawer, then the kitchen, then the balcony,” he said. “Without pressuring yourself, simply think, ‘What do I not need in this specific area?' It’s all about taking baby steps.”

Professor Lee predicts positive changes in general society and the market if the minimalist living trend continues to gain traction.

“If the minimalist lifestyle goes on to become mainstream, it will bring constructive changes,” he said. “To join the trend, companies will make their products more compatible with minimalists, such as further reducing excessive packaging. More people may stop buying bottled water to reduce plastic use.

“Living as a minimalist in a society that is still largely consumerist can be a bit lonely, but that’s how all movements start. A personal choice for an alternative way of life can cause greater change.”