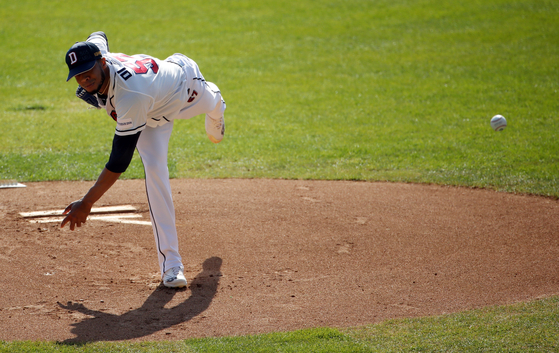 Doosan Bears’ pitcher Ariel Miranda throws a pitch during the third inning of a game against the LG Twins at Jamsil Baseball Stadium in southern Seoul on Sunday. Miranda threw four strikeouts during the game to take his season total to 225, breaking the KBO’s all-time single-season strikeout record. The late Choi Dong-won held the KBO record for 36 years, after throwing 223 strikeouts in 1984. [YONHAP]