Sales galore as life is set to return to normal

Sales galore as life is set to return to normal 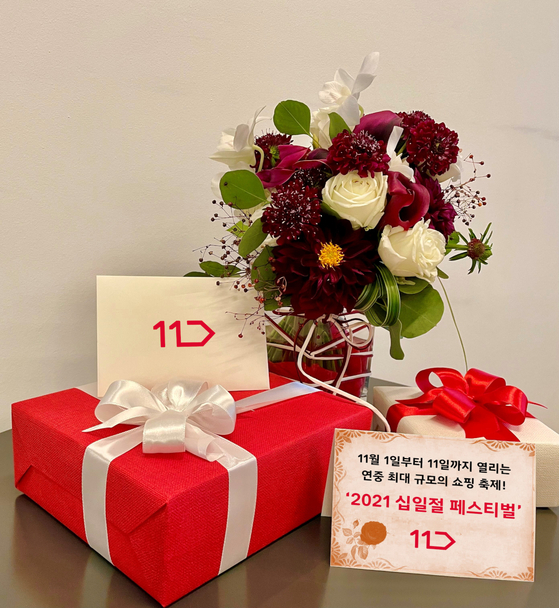 A display markets 11st’s annual promotion, which is scheduled to take place from Nov. 1 through Nov. 11 this year. [11ST]


A number of sales events are taking place in Korea ahead of China’s Single’s Day and Black Friday in the United States.

Retailers expect the government’s return-to-normal policies to boost the effectiveness of the upcoming promotions.

The event is hosted by the Ministry of Trade, Industry and Energy and organized by Korea Fashion Industry Association. Discounts of up to 80 percent will be offered for products ranging from golf wear to outdoor apparel. Around 390 brands are participating in the promotion.

The products will be sold at 14 department store branches, including Hyundai Department Store in Sinchon, western Seoul, and on five online shopping sites, including Naver, LF Mall and Musinsa.

Korea Fashion Market was initiated last year to raise consumer sentiment hit hard by the pandemic. It is held twice a year.

11st is holding a sales event from Nov. 1 through Nov. 11, the company said on Monday.

Around 80 companies, including Samsung Electronics, Apple, CJ CheilJedang, Amorepacific and Pulmuone, will offer promotions during that period. It said the number of participants doubled from 40 companies that took part in the event last year.

11st has not yet revealed the highest discount rate that will be offered for this year’s event. But last year, the rate was above 90 percent, said a spokesperson for 11st.

Products sold on the Amazon Global Store will be also offered at discounted prices.

Amazon started a new service for Korea on Aug. 31.


11st did not reveal the types of products that will be sold during the promotion, saying they will be announced at the last minute.

The daily transaction total during last year’s sales event on Nov. 11 was 201.8 billion won ($180 million), up 38 percent from the previous year.

“As the expectation to gradually go back to the normal rises, consumer sentiment is also starting to recover,” said a spokesperson for Gmarket.