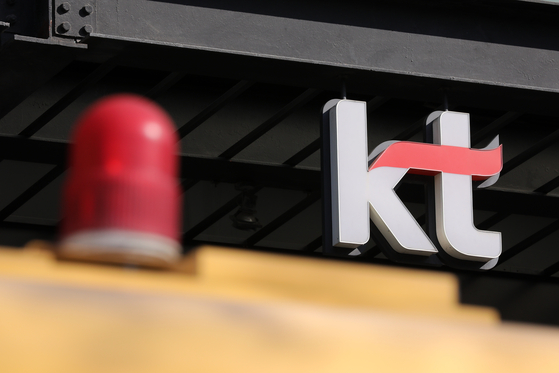 KT's CEO Ku Hyeon-mo apologized for Monday’s network glitch and promised compensation to customers who suffered from the disruption in an official statement issued Tuesday. [NEWS1]


KT CEO Ku Hyeon-mo apologized for Monday’s network glitch and promised some kind of compensation to customers in an official statement issued Tuesday.

“We sincerely apologize to customers who suffered inconveniences due to the nationwide network disruption that occurred yesterday,” read Ku’s letter. “We will promptly come up with ways to compensate the customers.”

The company did not give any details on compensation or who may be eligible.

KT’s networks stopped working for an hour starting around 11:20 a.m. Monday due to a technical error that the company initially suggested was a distributed denial-of-service (DDoS) attack. A few hours later it blamed “a routing error.”

The company was upgrading old facilities with new ones, during which the “network was wrongly routed,” according to KT. Network routing errors occur when a network operator fails to make connections between different networks or sets the wrong pathways for the networks.

The glitch disrupted communications of millions of individuals, stores and companies across the nation for an hour or longer and even led to the postponement of numerous sports events and online press conferences.

The government and police are looking into the incident and the company “will sincerely cooperate with investigations,” according to Ku’s letter. KT will also scrutinize its networks to prevent similar errors in the future.

In its terms and conditions, KT promises compensation to customers when its networks are down for more than three hours, or six hours in total within a month, which means it doesn't have a legal obligation to pay back its customers for Monday's problem.

But local reports suggest that the company is considering compensation because it’s only been three years since a much bigger network outage caused by a fire in an Ahyeon-dong switching center in western Seoul.

On Nov. 24, 2018, a fire broke out in the facility on a Saturday morning that caused network outages throughout the weekend. Landline and mobile calls, internet services, credit card purchases and IPTV services were affected.

Afterward, KT waived a month’s internet bills for people who were affected. Shop owners were compensated with up to 1.2 million won ($1,207) in cash.

Meanwhile, KT postponed a press conference scheduled for Thursday morning to explain the content lineup and strategy for its media subsidiary KT Studio Genie. The company cited “managerial issues,” but industry insiders wondered if the network failure caused the cancellation.

The fiasco led critics to question the validity of the company's expansion into non-telecom businesses. Since taking office in March last year, CEO Ku has been emphasizing the "ABC" businesses — artificial intelligence (AI), big data and cloud — and changing KT from a telecom company to a digital platform company.

“If a telecom says it’s focusing on businesses outside the telecom market like self-driving cars and robot deliveries but communication disruptions are repeated, that goes beyond simple economic damage but threatens people’s safety and lives,” said the civic group People’s Solidary for Participatory Democracy in a statement Tuesday.

On Tuesday afternoon, Minister of Science and ICT Lim Hye-sook paid a visit to KT's control center in Gwacheon, Gyeonggi, and urged the company to avoid similar accidents in the future.

"We are sincerely regretful for the inconvenience that people would have suffered due to KT's faulty network yesterday," Lim said.

"We urge experts to thoroughly investigate the cause of the accident and KT to come up with preventative measures to maximize safety measures for its users."