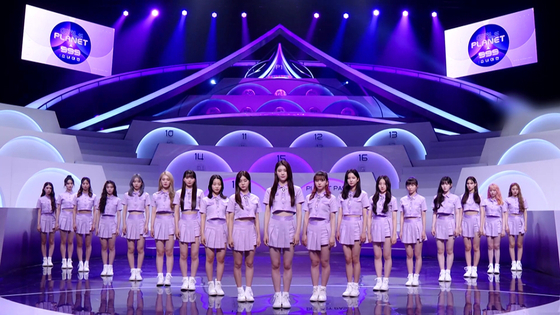 
Mnet's multinational girl group audition show "Girls Planet 999," one of the cable channel's most ambitious projects of this year, ended on Friday with rather disappointing results in terms of ratings.

The show's final episode saw ratings of 0.87 percent, momentarily peaking at 1.69 percent when the final winners were announced, according to Nielsen Korea. Although it was the show's highest rating ever, there was no significant difference from its usual ratings which were between 0.7 to 0.8 percent.

Idol audition programs typically see a spike in ratings during the last episode, since it reveals the finalists who will form the new idol group. But there was no turn of events for "Girls Planet 999," which suffered from low ratings since first airing in early August.

Considering that expectations for "Girls Planet 999" were high more than half a year before it even began, the 12-episode journey turned out to be rather lackluster. Mnet's previous idol audition shows under the "Produce" franchise, to which "Girls Planet 999" was inevitably often compared, saw ratings around 3 to 5 percent with no episode falling below the one percent mark. Ratings were also compared to "Street Woman Fighter," another ongoing Mnet audition show that started in the same month as "Girls Planet 999," which became a pop culture phenomenon and saw ratings peak at 4.8 percent.

The nine finalists of "Girls Planet 999" will form a K-pop girl group named Kep1er (pronounced Kepler), continuing with the show's space-based theme. Contrary to complaints from domestic viewers during the show that most finalists will not be Korean — as the program featured 33 contestants from Korea, 33 from Japan and 33 from China — six of Kep1er's members are Korean, two are Japanese and one is Chinese. Kep1er signed a two-and-a-half-year contract with Wakeone Entertainment and Swing Entertainment. 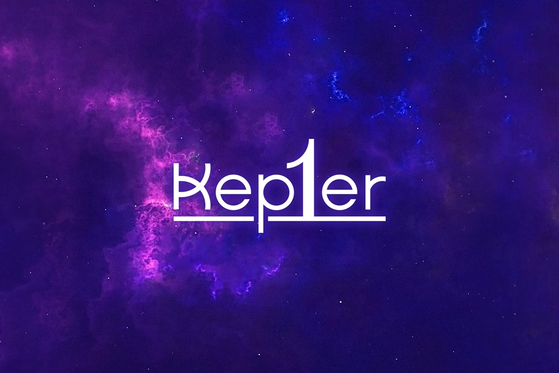 The logo for girl group Kep1er, which is composed of the nine finalists of ″Girls Planet 999." [WAKEONE ENTERTAINMENT, SWING ENTERTAINMENT]


While Kep1er will be able to avoid skepticism about whether it is truly a K-pop group if the majority of the members are not Korean, a question which persisted throughout the show, the low popularity of the show itself seems to have cast a shadow on the girl group's future.

"Usually, the popularity of an idol audition program and the success of the group it produced were considered two separate things in terms of profit," said pop culture critic Jeong Deok-hyun. "But this time, even Mnet seems shocked that ratings were this low. It doesn't look like it will be easy for Kep1er to succeed as a K-pop act with virtually no clout from the show.

"The show was also unlucky that political controversies regarding China happened while it was airing," he said, referring to the Chinese government's strengthened control on pop culture in late August and early September. The decision also negatively affected Korean artists and content, stirring anti-Chinese sentiment in Korea.

"At this point, it's a matter of how many international fans Kep1er will be able to attract," Jeong continued. "It started as a global project after all. But now that the 'global' girl group ended up being mostly Korean, with only one Chinese member, the target market has become uncertain. The Chinese market became almost unprofitable after strengthened regulations and domestic viewers aren't interested. Kep1er still has potential, but I'm unsure how much of a fandom they have built or will be able to."