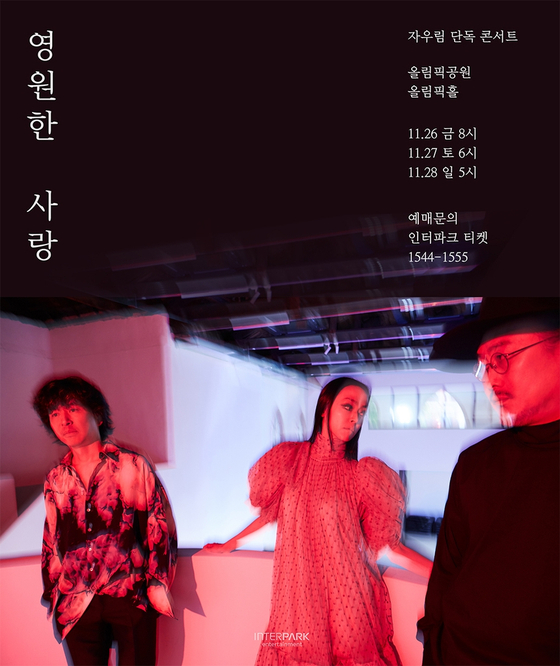 
Rock band Jaurim will host a solo concert next month in line with the release of its new album.

According to its agency Interpark Entertainment, the band is to host a concert titled “Eternal Love” between Nov. 26 to 28 at Olympic Park’s Olympic Hall in southern Seoul.

The band released the concert poster through its social media accounts such as Instagram, which shows the three members illuminated under red light and each looking in a different direction.

The band’s 11th album, whose title is the same as the concert title, comes after a three-year hiatus since its 2018 album “Jaurim.”

The members will perform their previous hits as well as tracks from their upcoming album.

“We are at the final stage of wrapping up the album and are planning to release it in line with the concert,” the agency said. “The album is full of the band’s distinct sounds and the fans will be able to hear them in the upcoming concert.”

Tickets will go on sale through Interpark from 2 p.m. on Friday.