Through Oct. 31: To celebrate the 20th anniversary of its founding, the Performing Image Art Center, also known as Theater Piac, decided to put on a stage production of “The Brothers Karamazov” based on the novel by Russian author Fyodor Dostoevsky.

Nov. 5 to 7: Korean rock bands that featured on JTBC’s hit music competition show “Superband 2” are set to hold a concert. The bands that made into the top 6 — Cnema, Craxilver, Poco a poco, Kardi, The Fix and The Whales —will feature. 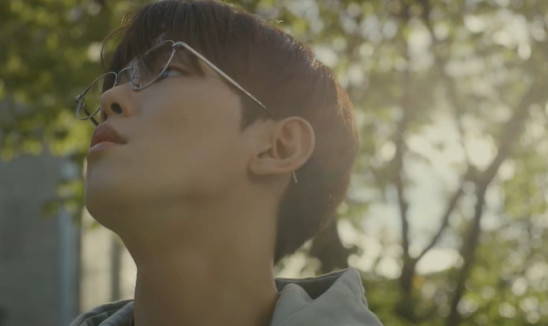 
Nov. 6 – 7: Singer and song writer Paul Kim will be holding a nationwide tour to promote his latest EP “After Summer.” He will be stopping in nine cities including two concerts in Seoul’s Olympic Park. 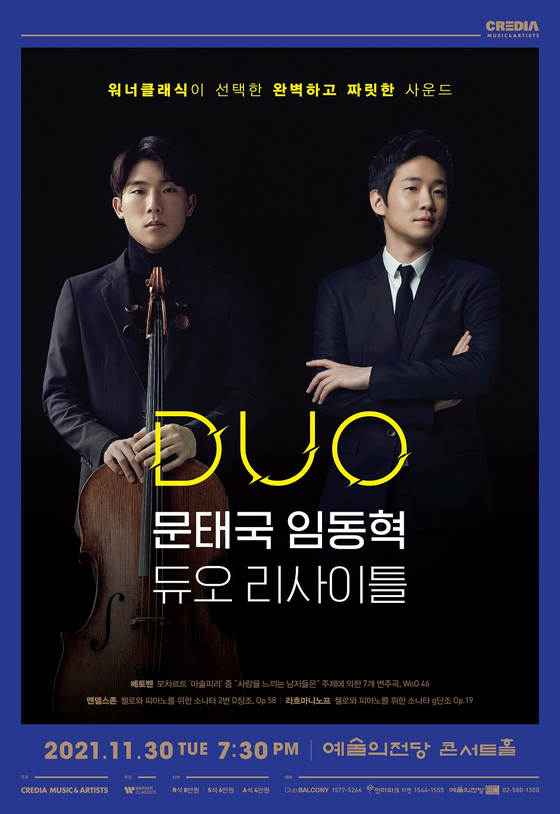 Nov. 30: Cellist Mun Tae-guk and pianist Lim Dong-hyek will hold a recital together. The two artists will begin the recital with Beethoven’s “Seven Variations on Mozart’s ‘The Magic Flute’ for cello and piano, WoO 46.” They will also play Mendelssohn’s “Cello Sonata No. 2 in D major, Op. 58” and Rachmaninoff’s “Sonata for Cello and Piano in G minor, Op. 19.”


Lim first stole the limelight in the world’s classical music circle by becoming the youngest top prize winner of the 2001 Marguerite Long-Jacques Thibaud International Piano Competition in Paris and has gone on to forge a stellar career.


THE GOSPEL ACCORDING TO JOHN
Gwangya Art Center 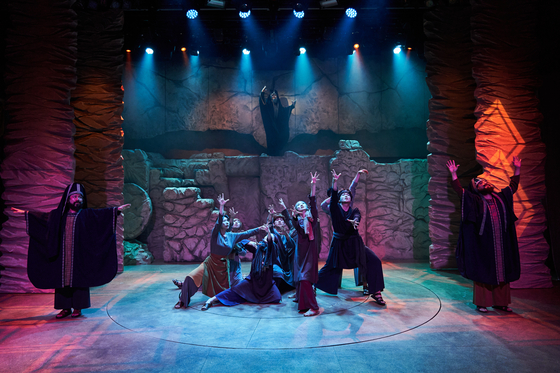 Gwangya Art Center in Apgujeong-dong, southern Seoul, is staging a new musical ″The Gospel According to John,″ a new musical based on the Book of John in the Bible. [GWANGYA ART CENTER]

Through Jan. 31, 2022: Gwangya Art Center has premiered new musical “The Gospel According to John.” As you can predict from the title, the musical is based on the Book of John in the Bible. According to the production team, the story of Jesus and the people who saw and heard about him will be brought to the stage.