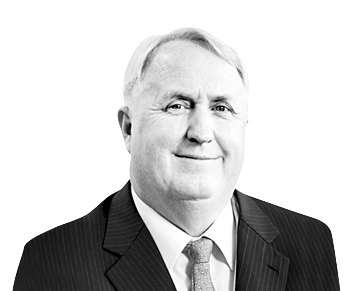 John A. Linton
The author is the director of the International Health Care Center at the Severance Hospital.


I started my freshman year at the Yonsei University College of Medicine in March 1980, when student demonstrations against the military regime critically disrupted our campus life. I barely managed to finish the two-year premedical program to start the remaining four-year main program. (At that time, Korean medical education involved two years of premedical studies and four years of medical studies.)

But studying was very hard. Before entering the top university, I had never studied at a Korean school. I was fluent in speaking in Korean, but not familiar with the written language. So it was extremely difficult for me to learn anatomical terminology and memorize lessons from a biochemical class, for instance.

Although I made all efforts during the first year of the main program, I failed. After the news that “the western boy had flunked!” quickly spread in the entire campus, the humiliation was an enormous psychological burden for me. But I went back to the class to repeat the first year of the four-year main program, as I didn’t want to be a defeatist.

On the first day of my second first year, I dropped my head to wait for the lecture to start. As I raised my head, I was surprised to see many familiar faces. About 30 out of 180 classmates had failed to pass. After the first class, we gathered at a pub near the university and built up our friendship. I have had many supporters during my 31 years at Severance Hospital, which run by the medical school, as I have classmates who entered the school together, another group of classmates who graduated together, and those who flunked together.

From the second year of the main program, we started clinical courses, and that was good for me. As the classes required more understanding than rote learning, studying became easy. When I entered the fourth year, my biggest concern was the state medical license exam. Though the exam was not that difficult, medical terms based on Chinese characters were the biggest obstacle. I spent three months to study them, and on the very day of the exam, I had no time to double-check my answers as my reading speed of Korean language was very slow. Yet I managed to finish the exam and fortunately passed it. I was happy as if I were having a Lunar New Year holiday ten times.

Ten days later, I had to take the basic test for the U.S. medical license exam, and I prepared for it with all possible efforts. But unfortunately, I failed with a score just one point too low. So I had to retake it after returning to the United States. As I could not afford to properly prepare for the exam, I registered at a cram school and listened to recordings of lectures for three months. That was the darkest time of my life as I could not afford to have decent meals.

I retook the American exam a while later. It was a highly selective exam, where 3,000 took the test and only 120 were selected. I successfully passed it. I then applied for training programs at over 50 hospitals in the U.S., went through interviews and managed to be selected at a hospital as one out of 600 applicants. After starting its internship program, I became economically stable. My life in America got better.

At that time, no one in the U.S. knew where Korea was located. No one knew about Yonsei University and the Severance Hospital, and nobody cared. Other students ignored me and discriminated against me because I graduated from a school in a remote, unknown country. I studied harder without responding to them, but I felt powerless.

Then the moment of evaluation for the interns came. A few days later, the chief of the internship program wrote my name on the blackboard. I was shocked to see my name on the top of the class. Given my experience of flunking the first year at Yonsei University, it was unbelievable.

After my classmates also were shocked, their discrimination against me ended that day. I cried for a while in the bathroom. And then I used to tell my American classmates that a flunking student from Korea is far better than American students.

That was the power of Korea. About 80 percent of the Korean immigrants to the U.S. buy a new car in a year on average after their arrival with no special skills. After five years, about 80 percent of them buy a house. They are extremely diligent, incomparable to immigrants from other countries. The Korean people are great, and I am extremely thankful to my professors and Severance’s education.

But I wonder why the Korean people underestimate themselves. Over the past 50 years, humanity experienced the most rapid changes, and we must not forget Korea has accomplished the biggest advancement and contributed greatly to the advancement of humanity. We must feel proud. I always tell audiences that Koreans must abandon their sense of defeatism and remember their excellence. Let’s not underestimate ourselves anymore.