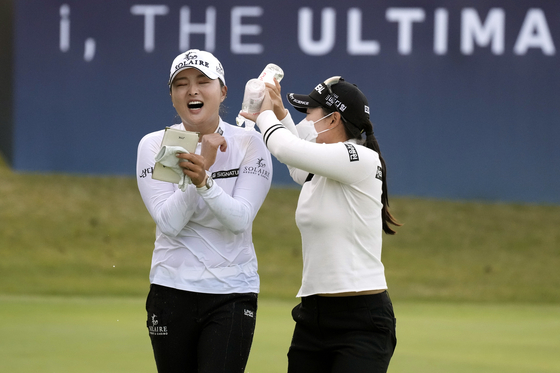 Ko Jin-young, left, reacts as she celebrates with other players after winning the BMW Ladies Championship at LPGA International Busan in Busan on Sunday/ [AP/YONHAP]


Ko Jin-young has reclaimed the No. 1 spot on the Rolex Women’s World Golf Rankings with her recent victory at the BMW Championship on Sunday.

Ko had started out the season as world No. 1, a position that she had been holding for a streak of 100 consecutive weeks from July 20, 2019 when she won the 2019 Evian Championship.

Despite narrowly missing out on multiple trophies toward the start of the season, Ko was able to keep her No. 1 position, finishing in the top 10 in four out of her first five tournaments. She finished in fourth at Gainbridge LPGA in February, fourth at the Kia Classic in March, tied for seventh at the ANA Inspiration and tied for third at the Hugel-Air Premia LA Open in April.

However, Ko’s form wavered slightly in June, giving Nelly Korda of the United States a chance to pass Ko and take the No. 1 title. Ko finished tied for 57th at the Meijer LPGA Classic then took 46th the following week at the KPMG Women’s PGA Championship, where Korda won her first LPGA major title and rose to No. 1 for the first time. 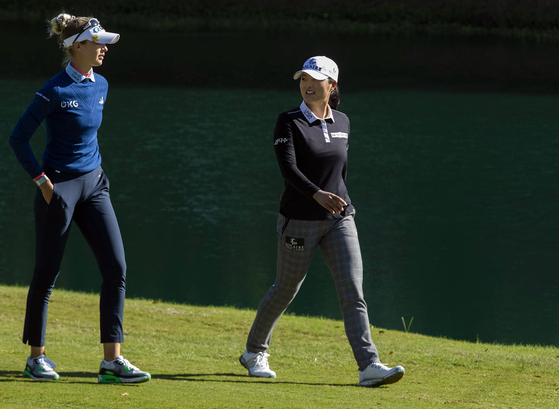 Nelly Korda, left and Ko Jin-young head to the sixth green during the first round of the LPGA Drive On Championship at Golden Ocala Golf and Equestrian Club, Thursday, March 4, 2021, in Ocala, Florida. [AP/YONHAP]


Even after losing her top seat on the standings, Ko has said in interviews that she was not that conscious of her world ranking.

"Rather than thinking about world rankings, I think my job is to keep my good form and try to better it," said Ko before the BMW Championship.

Ko meant what she said, as that was precisely what she did on Sunday, winning her 11th career LPGA title and fourth victory of the season at the BMW Championship at LPGA International Busan and taking back the No. 1 title.

It was a back-to-back victory for Ko, having won the Cognizant Founders Cup on Oct. 10, and also the 200th LPGA title won by a Korean golfer since 1988. 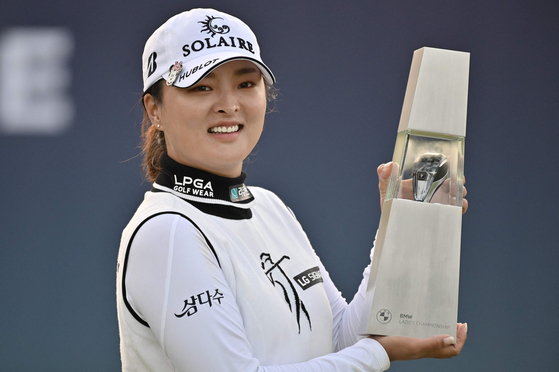 Ko Jin-young displays the trophy after winning the final round of the BMW Ladies Championship at LPGA International Busan in Busan on Sunday. [AFP/YONHAP]


Since 2006, when the Rolex Women’s World Golf Rankings was first implemented, there has been a total of 15 No. 1 golfers, five of whom are Korean. Shin Ji-yai was the first Korean to top the world rankings in 2010, then Park In-bee, Ryu So-yeon, Park Sung-hyun and Ko.

“I wasn't too conscious, actually, of the ranking,” said Ko after winning the BMW Championship.

“I always feel if your game is in good form and you keep at it, you can reach that ranking. I felt that if I kept at it and worked hard this year, I might have a chance within the year. So I did return to that spot earlier than I expected. I'm going to do my best so that I can maintain that position.”

Ko will stay in Korea for the next two weeks to examine her swing then return back to the United States to play the two LPGA tournaments left this season, the Pelican Women’s Championship and the CME Group Tour Championship in November.