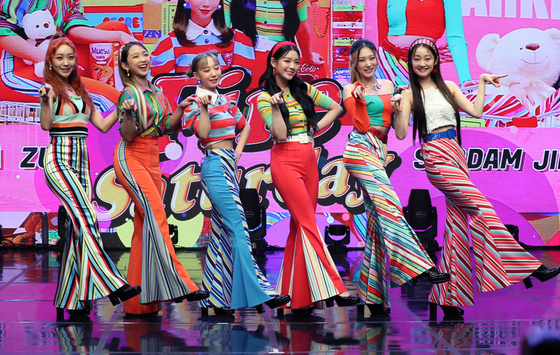 
Secret Number has made a comeback as a six-member girl group on Wednesday, holding a showcase to promote its latest digital single “Fire Saturday.” The new release comes 11 months after the release of "Got That Boom” last November.

During the showcase, the group introduced two new members Zuu and Minji, who have newly joined the original members Lea, Dita, Jinny and Soodam. Last month, the group’s label Vine Entertainment announced that its member Denise will no longer be a part of Secret Number due to failed contract negotiations.

“Fire Saturday” according to Vine Entertainment, has a “retro sound with a heavy synth bass and beat." The style of Secret Number for the upcoming song is something that will catch the eye, the label added.

“The members will be donning colorful flared pants and show off addictive choreography.” The new digital single will include another track “Dangerous In Love,” which will be a “hit dance song.”