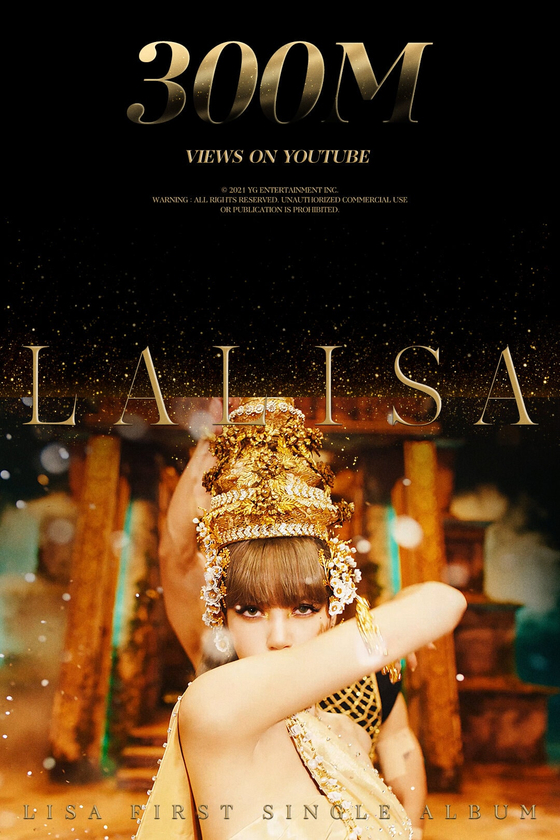 The feat was achieved only 48 days after the song was released. According to the label, it’s the shortest time to achieve the feat among K-pop female solo artists. Before Lisa broke the record, Blackpink member Jennie's “Solo” was the fastest music video to reach 300 million views, taking 183 days.

The two members are the only K-pop solo artists reach 300 million views with their music videos.