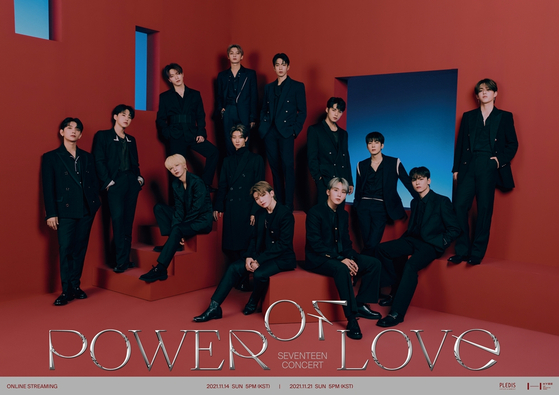 
Seventeen will be performing in an online concert Nov. 14 and 21, Pledis announced Wednesday.

The concert, "Power of Love," will feature almost all the songs from Seventeen's albums released as part of the band's "Power of Love" project. The songs deal with different types of love.

"Attacca," an EP released Oct. 22, was the third part of the project.

One large screen and three smaller screens will be set up during the concert so the audience can "enjoy a multi-view performance."

Ticket sales for the two concerts will begin at noon on Friday and be handled through the Weverse shop.