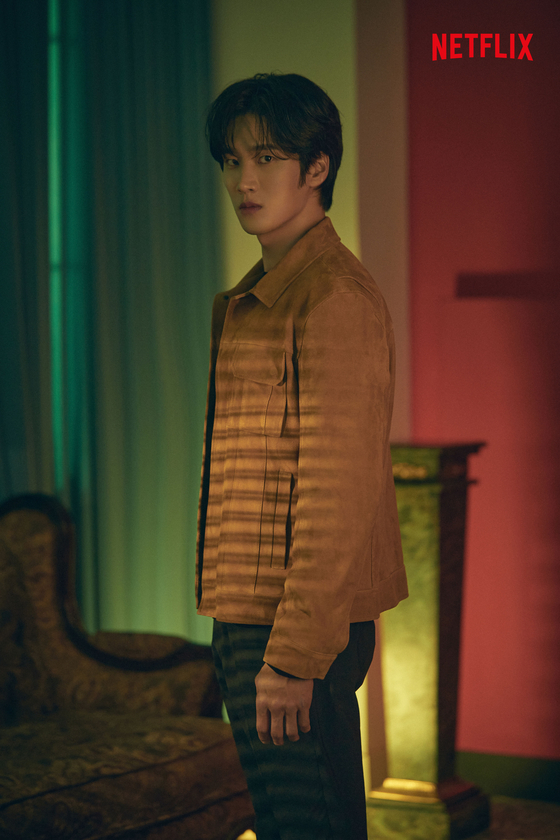 
Actor Ahn Bo-hyun is like a chameleon — from a villain, a romantic boyfriend to a detective, he has played parts of all kinds, and he sure is good at it.

Netflix’s original crime thriller drama series “My Name,” starring actors Han So-hee and Ahn, sat at No. 3 among the Top TV Shows on Netflix from Oct. 20 to Oct. 22, according to streaming analytics company FlixPatrol. “My Name” is about revenge-driven Ji-woo, played by Han, who enters a drug cartel that her father belonged to before his murder.

On Monday, in an interview with Ilgan Sports, an affiliate of the Korea JoongAng Daily, Ahn shared his thoughts on the show’s success and the efforts it took playing his character Pil-do, a detective and Ji-woo’s partner.

“It’s overwhelming,” Ahn said. “We received so much positive energy because of ‘Squid Game’ [which topped the daily charts in all 83 countries Netflix compiles its data from]. So many people have watched ‘My Name;’ some people I know subscribed to Netflix just to watch our show. It’s amazing.”

When asked if he thinks the show was unable to fully bask in the limelight because of “Squid Game,” Ahn said regardless, he was happy. “I watched ‘Squid Game’ too, and I really enjoyed it. I’m proud of how K-content is spreading its wings globally.

“Of course I wish ‘My Name’ would be a megahit like ‘Squid Game.’ I feel really grateful that the show is at No. 3, especially on a [streaming] platform used by people all over the world. Two Korean shows are within the Top 10. I’m just thankful.” 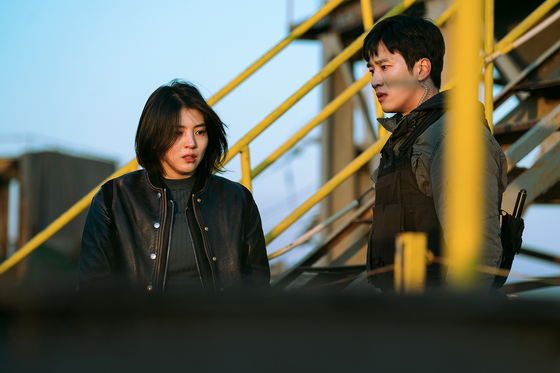 
Ahn said he asked people around him for their opinions on Pil-do. “People told me that at first they thought it would be weird to see me as a detective. I played a walking disaster in [JTBC’s webtoon-turned-drama] ‘Itaewon Class’ [2020], so people said that they were looking forward to seeing me be a detective. Apparently I exceeded their expectations — they said I looked like a pro” (laughs).

Ahn explained the intentions behind the bedroom scene between Pil-do and Ji-woo toward the end of the series.

“Pil-do has gone through pain like Ji-woo, so I wanted the scene to be sort of a consolation for the two characters,” Ahn said. “The scene had to convey Pil-do and Ji-woo’s emotions, and show the humanity of Ji-woo in a situation where she was turning into a monster. The director, screenwriter, Han and I frequently discussed [how the scene should be acted].”

For the action scenes, there were times when Ahn and Han fought together as a team, and every day was different while acting with Han, Ahn said. “Han had a lot of parts [fighting scenes] so it could have been very strenuous, but she always kept a stiff upper lip. I think that’s why the action scenes turned out so well on-screen.”

“I like them both. But a lot of people think that since I play two completely different characters at the same time, I wouldn’t fit into the romance genre,” Ahn said. “I’ve played the villain before [in ‘Itaewon Class’] and my character in ‘My Name’ is also a very masculine, tough one. People might think I’m incapable of acting in romance, but I like doing it. I tend to empathize with my character quite well.

“Even ‘My Name’ has some romantic scenes, among all the action. I want to continue trying out parts in romance, like the ones that end ‘and they lived happily ever after.’”

Ahn pulls off many action scenes in Netflix's ″My Name.″ [NETFLIX]


Ahn used to be a boxer before he debuted as an actor in 2016. He said that he trained and dieted to maintain the appropriate physique for the action scenes in “My Name.”

“The production crew thinks that my body is ready 24/7, but even I don’t want to exercise every single day,” Ahn said, laughing. “There are a lot of things I want to eat. But I try not to eat too much because I want to be an actor who can pull off action scenes. The director [Kim Jin-min] would joke that I’ve already gotten the action scenes all figured out. I guess my endeavors have been paying off.

“Since I was an athlete before I started acting, I want to use this experience as an asset in my acting. I follow a diet all year long, and I gained some weight [before filming for ‘My Name’]. Han said that she gained weight for it too, but it wasn’t just adding fat. We ate more and exercised. I had to gain 5 kilograms [11.02 lbs] of muscle to look like a cool, charismatic narcotics unit detective.”

“My Name,” which was released on Oct. 15, is available to stream on Netflix.