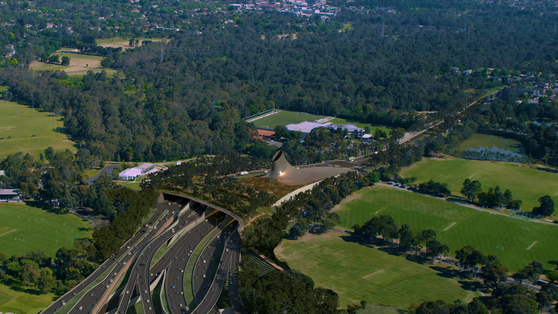 A rendered image of the southern entrance to the tunnel GS Engineering & Construction and its consortium will build as part of the North East Link project in Australia. [GS ENGINEERING & CONSTRUCTION]


A consortium including GS Engineering & Construction (GS E&C) has won its bid for a construction project in Australia, marking the Korean company's first entrance into the Australian market.

The Korean constructor said Thursday that the consortium, led by Italian industrial group Webuild, won a tunneling project from the Victoria government of Australia. GS E&C said it alone inked a 2.78 trillion won ($2.38 billion) deal. The company said the total size of the deal between the consortium and the government cannot be revealed.

The project is a primary package of the North East Link project, which aims to complete the missing link in Melbourne’s freeway network. As the population increases in the Australian city, the new network is expected to reduce traffic. The consortium will build three-lane twin tunnels approximately six kilometers in length (3.7 miles) that connect the Metropolitan Ring Road and the Eastern Freeway.

The project is run based on a public-private partnership. While private companies invest in infrastructure development and the operation of the infrastructure, the government offers support through tax deductions and funding.

Spot's on the job