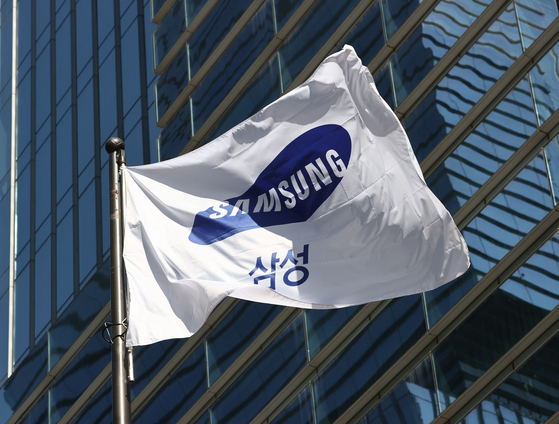 Samsung Electronics reported record sales and near-record profit in the third quarter thanks to rising demand for its cash cow semiconductors, the company said in an earnings report on Thursday. [YONHAP]


Samsung Electronics reported record sales and near-record profit in the third quarter thanks to rising demand for its cash cow semiconductors, the company said in an earnings report on Thursday.

It was the first time Samsung's sales surpassed 70 trillion won in a quarter. 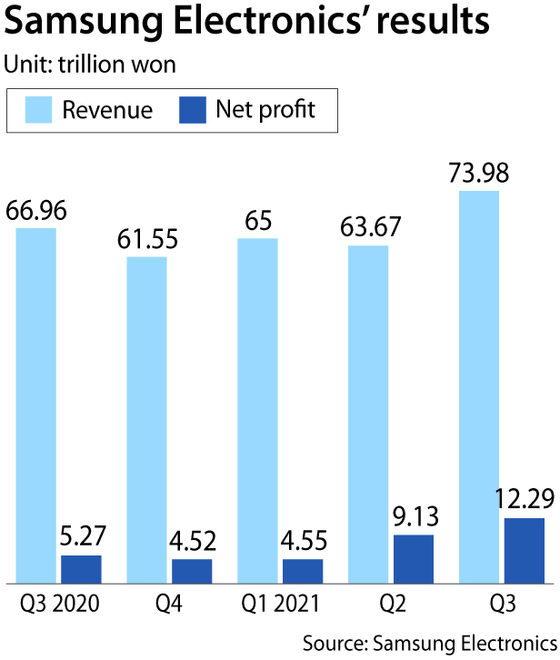 The company credited favorable conditions in the market for memory chips and an increase in sales from its foundry, or contract chipmaking business.

Operating profit was 15.82 trillion won, 28 percent higher than the same period last year and the second-highest in the company’s history.

By division, semiconductors saw sales of 26.4 trillion won, a 40 percent rise on year, and 10.1 trillion won in operating profit, up 4.5 percent.

“For DRAM, server demand continued to grow as ... a new, high-core CPU was released in the first half of the year,” the company said.

“PC demand from end-users has also been robust due to workplaces opting for hybrid work patterns, and mobile demand has recovered thanks to releases of new products by major manufacturers and the base effect of the previous quarter.”

Samsung acknowledged a downward risk of a potential supply glut for chips due to ongoing delays in the manufacturing of cars and electronic devices, but remained positive about overall market conditions.

"For the fourth quarter, the company will focus on meeting demand for memory and system semiconductor products even as component shortages may affect demand," the company said in a statement.

The consumer electronics business generated 14.1 trillion won in revenue, 0.1 percent higher than the previous year, but operating profit shrunk by 0.8 percent on year to 760 billion won.

Samsung remained positive about 2022 despite “macro uncertainties” such as component supply issues and policies regarding Covid-19.

In a conference call held Thursday morning, the company said the production capacity of its foundry business increased by 1.7 times since 2017 and will expand threefold by 2026.

"We are making unprecedented investments to increase production of our foundry business, such as constructing new factories in the United States," the company said.