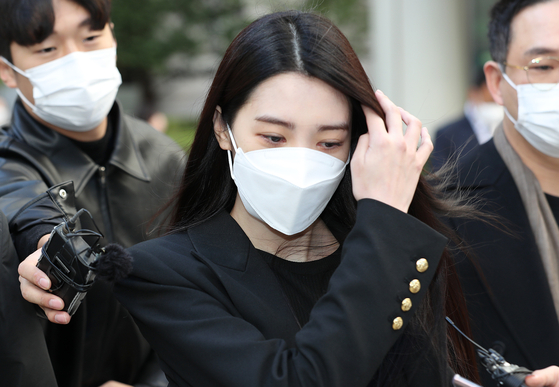 
Actor Lizzy, a former member of girl group After School, was sentenced to a fine of 15 million won ($12,800) for drunk driving on Thursday at the Seoul Central District Court in Seocho District, southern Seoul.

The actor, whose real name is Park Su-young, was driving while intoxicated when she crashed into a taxi in Cheongdam-dong, southern Seoul, in May. Her blood alcohol level at the time was over 0.1 percent. The criterion for having your license revoked is a blood alcohol level over 0.08 percent.

Prosecutors initially sought a one-year prison sentence, but the court took into account that Lizzy reached an agreement with the taxi driver, whose injuries were minor, as well as the fact that Lizzy is a first-time offender. Lizzy also immediately admitted to her charges and reportedly gave away her car in order to not reoffend.

The actor left the court without any objections.

Lizzy debuted in 2010 as a member of After School and also started an acting career in 2011.