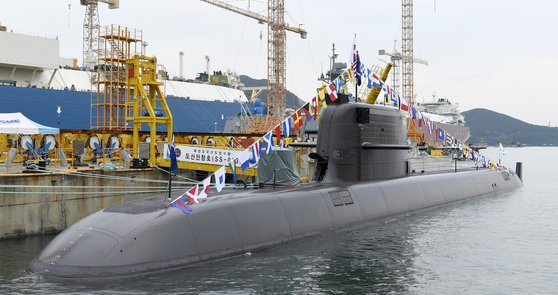 
Daewoo Shipbuilding & Marine Engineering (DSME) announced hacking attempts were made last week, but no defense or security-related information was grabbed.

DSME is a manufacturer of submarines and a supplier to the South Korean navy. It successfully tested a submarine-launched ballistic missile (SLBM) in mid-September and built Korea's first 3,000-ton submarine Dosan Ahn Chang-ho in August. It is currently conducting research to build an indigenous nuclear submarine.

DSME released a statement Sunday saying it was aware of hacking attempts made on the company's networks on Oct. 24, and asked the police to investigate the following day. A joint investigation by the Defense Acquisition Program Administration (DAPA), National Intelligence Service and the Defense Security Support Command is also ongoing.

“We are doing our best to find out what happened and are cooperating with the investigation,” DSME said in a statement.

The company clarified that no information related to defense and security was leaked.

“We have implemented necessary corrective measures and will come up with further preventive measures as soon as possible when the cause of the incident is revealed,” read the statement. “We are very sorry for causing concern and promise to make every necessary effort to prevent similar situations from happening again.”

On Saturday, SBS reported that the company mentioned by Rep. Ha was DSME, and quoted a government insider that an investigation was looking into whether North Korea was behind the hacking attempts.

A hacking attempt was made on the shipbuilder in June. DAPA confirmed that there were hacking attempts on the company’s database, but declined to say if they were successful or who was behind the attack. The company was hacked last November as well.

In 2016, North Korean hackers got hold of 40,000 documents and 60 naval design secrets, which included designs of the Aegis destroyer.