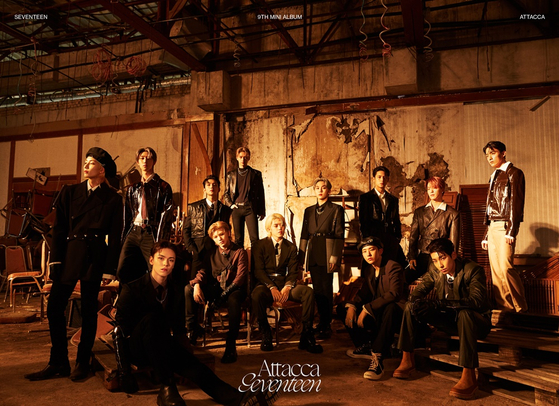 
Boy band Seventeen released a special video of its new song “Rock with You” on Sunday through its official social media channels and YouTube.

The new video for the lead track of the group’s ninth EP “Attacca” showed members in black suits, reminiscent of a scene in the film series “007,” according to its agency Pledis Entertainment.

The group also appeared on to SBS music show “Inkigayo” on Sunday to stage a performance of “Rock with You.”

The EP, originally released on Oct. 22, sold over 1.3 million copies in its first week, according to Hanteo Chart. This is the sixth largest number recorded among works released by K-pop artists. It also topped other local charts and overseas charts including those in Japan, Cambodia and Indonesia.