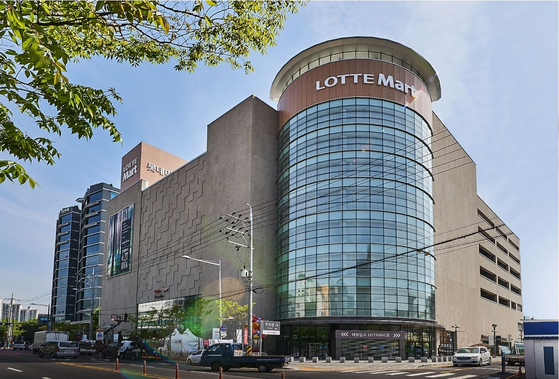 Lotte Mart is offering early retirement packages to employees for the second time this year as competition grows with e-commerce websites.

Lotte Shopping, which runs Lotte Mart, said Monday that early retirement packages will be offered to around 1,200 employees who have been in the same position for at least eight years.

Employees have to sign up for the packages by Nov. 8 and will stop working on Nov. 30.

Last February, packages were offered to employees that had been in the same position for at least 10 years. Those were the first early retirement packages offered by the company since it started 23 years ago.

Lotte Mart did not reveal how many people offered to resign in February, but said the number was “insignificant.”

The packages include up to 30 months of salary and 20 million won ($17,000) to help employees find new jobs. Up to a 10 million won will be given for children’s educations, according to Lotte Mart.

“Early retirement packages are part of a personnel reshuffle,” said Lee Chang-kyun, a spokesperson for Lotte Mart. “The company has improved the compensation offered” in the second round.

Lotte Mart reported a 26 billion won operating loss in the second quarter, down 60 percent from a 65 billion operating loss a year earlier, when the business was hit by the Covid-19 outbreak.

Sales in the second quarter were down 4.8 percent on year to 1.42 trillion won.

“Until last year, we focused on downsizing. We shut down 12 stores last year.” Lee added, “We focused on store renovation this year. Fourteen stores are planned to be renovated, with six of them already complete. Another focus is Vic Market,” a big box franchise like Costco or Emart’s Traders.

Lotte Department Store offered early retirement packages in September for the first time since it was established in 1979.