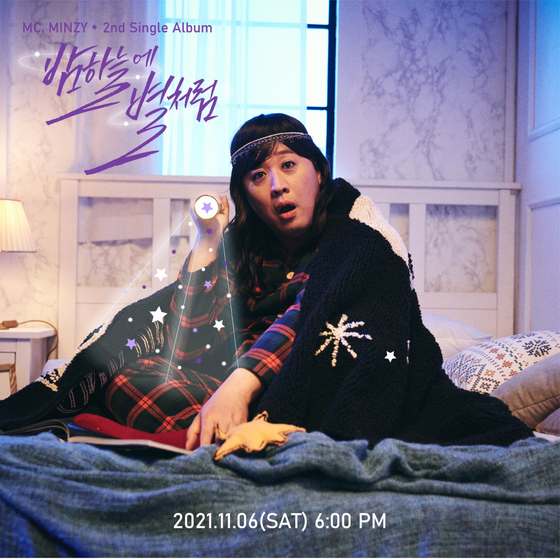 
MC Minzy, a persona of comedian Jeong Jun-ha that was created to show more of his musical side, is set to drop his second single on Nov. 6.

The rapper-comedian posted a teaser image for his new song titled “Like A Star” at midday on Monday on his social media channels. In the picture, the rapper is wearing pajamas.

It’s been five months since the release of MC Minzy's debut single “I Say Woo!”

The new song will drop at 6 p.m. on Nov. 6 through major music outlets.