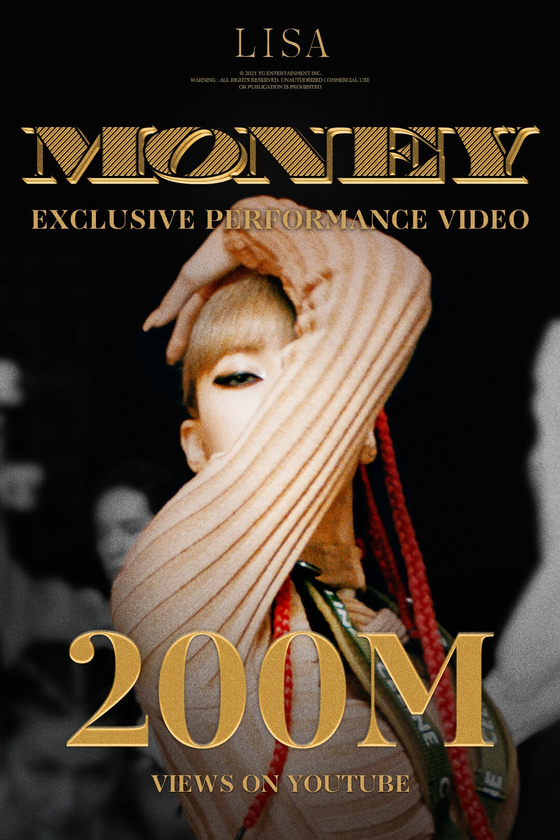 
Lisa of girl group Blackpink has another video that has reached over 200 million views on YouTube. According to her agency YG Entertainment on Monday, the performance video of her song “Money” passed the 200-million mark 38 days after the song's release.

Meanwhile, a music video of Blackpink’s song “Boombayah,” released five years ago, has now been streamed over 1.3 billion times on YouTube as of Monday. It took 146 days for the group to add 100 million more views to the song that was originally released as part of Blackpink’s debut EP “Square One” in 2016.