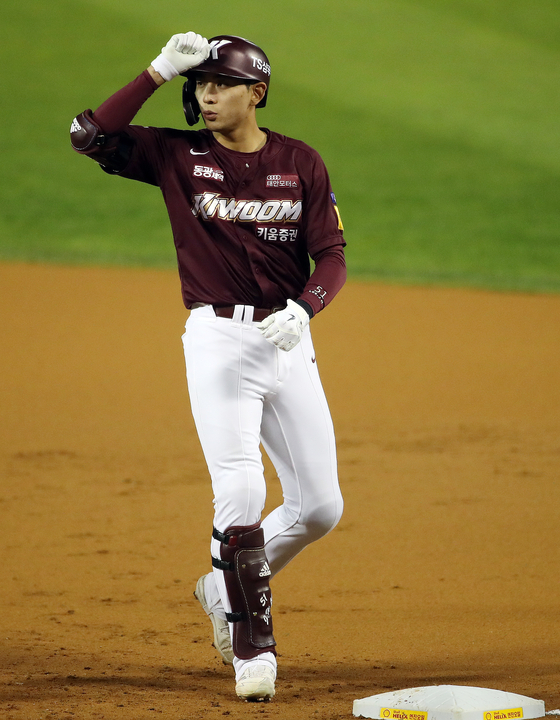 
Lee Jung-hoo of the Kiwoom Heroes won the KBO's batting title when the league ended on Saturday with a .360 batting average on the season, following in the footsteps of his father Lee Jong-beom, who won the title in 1994.

The elder Lee, who is now a coach for the LG Twins, took the accolade in 1994 when he played for the Haitai Tigers, batting .393 on the season. 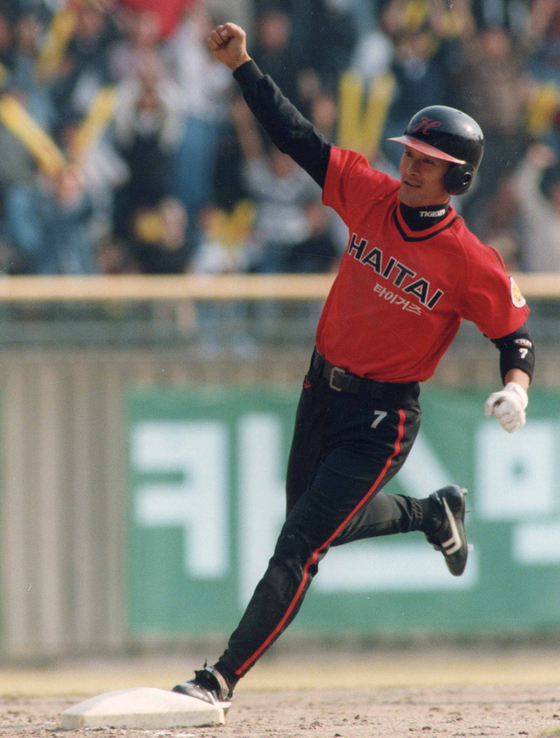 
Lee Jung-hoo's success this year came off the back of a particularly strong second half. For the first half of the season Lee trailed well behind Kang Baek-ho of the KT Wiz, who at one point was batting .395.

Lee has come close to the batting title once before, in 2018. That year he ended up finishing third, behind Kim Hyun-soo of the LG Twins and Yang Eui-ji, then of the Doosan Bears.

"I was very conscious of my rank at that time," Lee said this year while reflecting on the 2018 near-miss. "I lost my chance because I was in a hurry. I thought I'd get another chance soon but I had to wait three years, so I didn't want to wait any longer."

Lee finished the season in particular style, hitting for the cycle against the Hanwha Eagles last week, becoming only the 29th player in the history of the KBO to do so.

Lee's success this year is especially good news for the Heroes, who offered the outfielder the highest salary ever paid to a fifth-year player in the KBO this season. Lee earned 550 million won ($480,000) in 2021, beating the record previously set by Kim Ha-seong of the San Diego Padres.