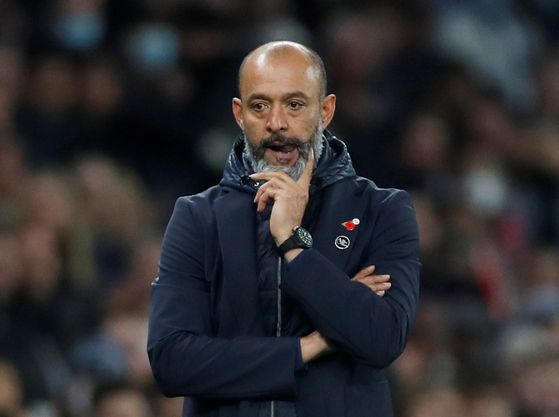 
Nuno Esperito Santo has been sacked by Tottenham Hotspur after just 17 games, the club announced Monday.

In a statement posted on the club's website, Spurs announced that Nuno, along with coaching staff Ian Cathro, Rui Barbosa and Antonio Dias, had been "relieved of their duties." No further information on who will take over management of the club was provided.

Nuno was appointed as Spurs manager at the end of June after the mid-season firing of Jose Mourinho in April and failed overtures to former manager Mauricio Pochettino and former Inter Milan boss Antonio Conte.

"I know how much Nuno and his coaching staff wanted to succeed and I regret that we have had to take this decision," Spurs Managing Director of Football Fabio Paratici said in the Monday statement. “Nuno is a true gentleman and will always be welcome here. We should like to thank him and his coaching staff and wish them well for the future.”

Porto Manager Sergio Conceicao and former Roma manager Paulo Fonseca are among the names rumored to be on the shortlist to replace Nuno. Spurs came close to signing Fonseca over the summer, but the deal fell through due to tax issues.