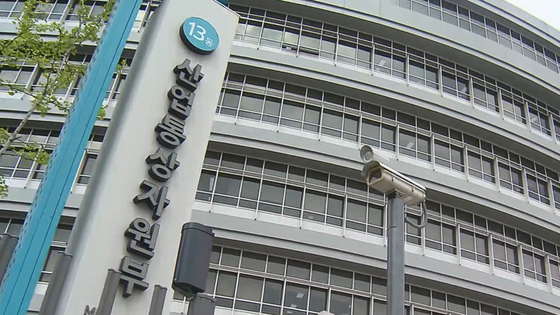 A mid-level official at the Ministry of Trade, Industry and Energy turned in his resignation on Oct. 18 and moved to an executive position at a mid-size company.

The official, who remains anonymous, was considered to be an "ace" within the government department, and his future was promising. He was one of the key figures in the team negotiating with Japan when relations between the two countries soured in 2019.

The resignation of the mid-level official is said to have had a major impact on colleagues at the ministry.

Mid-level officials within the ministry in their 30s and 40s are moving to the private sector, giving up job security, public servant pensions and the opportunities to work abroad that come with their civil service positions.

According to People Power Party lawmaker Yoon Young-seok, since the Moon Jae-in government started in May 2017 and through September this year, 61 grade 3 and 4 employees at the Ministry of Trade, Industry and Energy have left.

Those at that level are division heads and just below vice minister.

A director at the ministry who was in charge of energy technology has moved to large Korean corporation, while another division head, who specialized in machinery and robotics, is reportedly in the process of jumping ship.

The number of those quitting is said to be on the rise when employees at lower levels are included.

This includes a grade 5 official who was said to have played a key role in helping Korea defend its ban on the import of Japanese seafood during the World Trade Organization (WTO) dispute in 2019. The contention was that the products were contaminated by the disaster at the Fukushima Daiichi Nuclear plant.

One of the key reasons for the exodus is the government's nuclear policy.

The ministry has been under intense pressure since President Moon promised to phase out nuclear energy.

This is seen by some as a political move to undermine the achievements of conservative administrations, particularly that of Lee Myung-bak, who guided Korea's first export of a nuclear power plant.

The nuclear power plant was developed from Korean technology and was switched in the United Arab Emirates last year.

Paik Un-gyu, the Moon government's first Minister of Trade, Industry and Energy, is currently in court defending himself against allegations that he abused power in tampering with records that were used to prematurely shut down the country's second-oldest nuclear reactor in 2018.

Age, and the fact that it is difficult to move to a new job when older, is another factor in the flight of government employees.

"I've witnessed officials responsible for the energy policies of former administrations purged in the process of pushing the nuclear reactor phaseout policy by the current administration," said a ministry official who requested anonymity. "A lot of people within the government are disappointed that the civil service is becoming political, where those who worked really hard under the previous administrations were forced to leave."

Some employees have also expressed disappointment about the ministry's failure to protect its own, especially when prosecutors and inspectors were investigating the premature shutdown of the nuclear reactor in 2018.

Two employees in December were arrested for allegedly destroying evidence. They were released on bail in April.

"The Ministry of Trade, Industry and Energy values the market economy and business activities. But the incumbent administration's policies that disregard such values seem to trigger job switches."

"The exodus to the private sector is affecting the continuity of Korean industrial policy," said the PPP lawmaker Yoon.

Korean standards to be promoted internationally