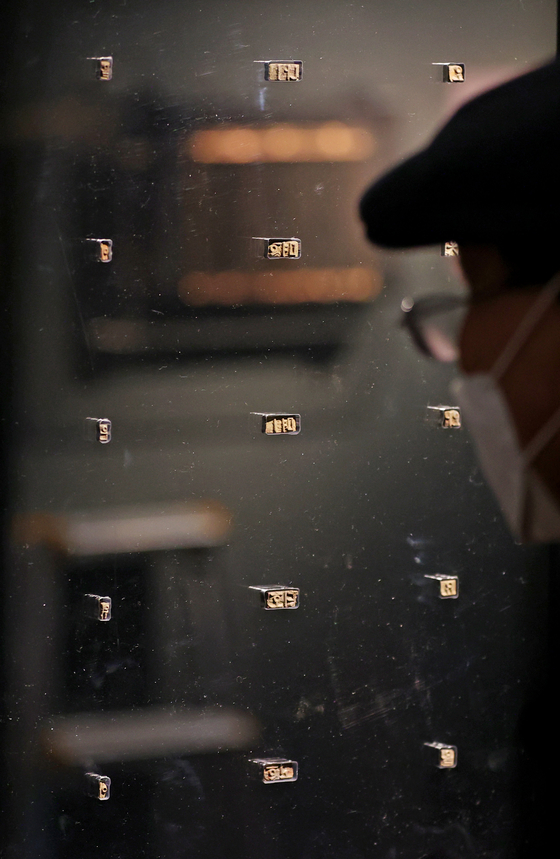 More than 1,600 pieces of metal movable type estimated to have been made between the Sejong and Sejo periods in the 15th century are on display at the National Palace Museum of Korea.

They were discovered last June inside a pot excavated in Insa-dong in central Seoul.

The exhibition will be open to the public from tomorrow and is free.

One of the highlights are Chinese characters likely to have been created in 1434, known as the Gapinja type, during King Sejong’s reign. Though more research needs to be carried out, researchers at the museum and the Sudo Institute of Cultural Heritage, which was responsible for the excavation project, are “strongly positive” that some of the metal movable type are indeed Gapinja, which would make them the oldest existing metal type in the world with an identified production date. Researchers were able to cross-check the metal types with the "Geunsarok," a historic document confirmed to have been printed using Gapinja type in 1435. Gutenberg’s movable type was created in 1440.

The museum said it decided to organize the exhibit as soon as possible following the jaw-dropping excavation in June as public interest is very high. Researchers will resume studies on the artifacts when the exhibition comes to an end on Dec. 31. [YONHAP]