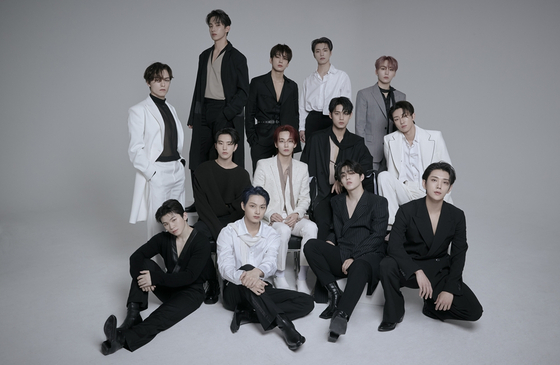 
Seventeen’s new EP “Attacca” entered the Billboard 200 at No. 13, the highest rank ever reached by the boy band on the chart, according to Pledis Entertainment on Tuesday.

The rank is two places higher than that reached by Seventeen’s previous EP “Your Choice,” which was released in June.

The Billboard 200 takes into account CD sales and number of online streams and downloads.