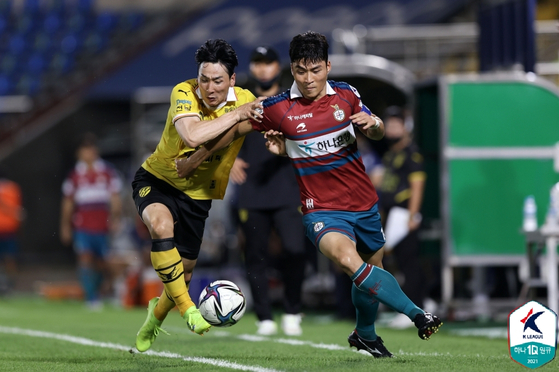 
K League 2 clubs Daejeon Hana Citizen and Jeonnam Dragons will face each other on Wednesday as they race to earn a shot at promotion to the K League 1.

Daejeon are currently ranked third in the K League 2 and the Dragons are ranked fourth. The two teams will face each other to earn a seat in the playoff against runner-up Anyang FC.

The winner of the playoff will then face the second-to-last K League 1 club to decide who will play in the first division league next season. As of press time, Gangwon FC is at that second-to-last position. Gimcheon Sangmu, having finished the K League 2 regular season on top have already earned a first division seat.

If the match between Daejeon and Jeonnam ends in a draw, Daejeon will advance to the playoffs against Anyang as the higher-ranked team.

There has been a total of seven K League 2 playoffs since 2013, when the K League 2 champion first started being promoted to the first division league. The only time a lower-ranked team has advanced to the playoff was in 2014, when Gwangju FC won the title and became a first-division club. Out of the seven matches ahead of the playoffs, three of them ended in draws and the higher-ranked team advanced.

Daejeon have been on good form lately, scoring 11 goals in the last four matches. They also have the second-most goals this season in the K League 2, with 53 goals, seven behind Gimcheon Sangmu.

Daejeon haven't been relying on one high-scorer to do the bulk of the work. Instead, the goals are spread out across different players, which is a good sign for the club. There are more than 10 players who have scored at least two goals this season. Park Jin-sub and Won Ki-jong both have four, and the best scorer is Masatoshi Ishida, who has nine goals, seven of which were in the last four games. 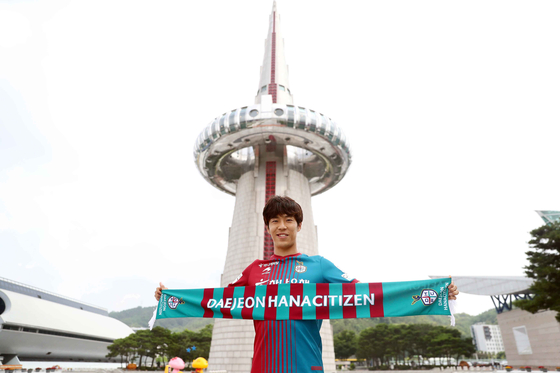 
On Oct. 10, Ishida scored his first-ever hat-trick in Daejeon’s 4-1 win against the Ansan Greeners FC. The victory put the club in third in the standings and secured them a playoff ticket.

“To be honest, I think that my life as a professional football player is a failure,” Ishida told Daejeon fans after the match, referring to the fact that he was one of the most promising players in Japan during his high school years until he suffered injuries and dropped out of the Japanese football league.

“But every day, I have a chance to play matches that can still change that. So I will fight for Daejeon’s promotion with my life.”

Daejeon will face Jeonnam at Daejeon Hanbat Stadium in Daejeon at 7 p.m. on Wednesday.