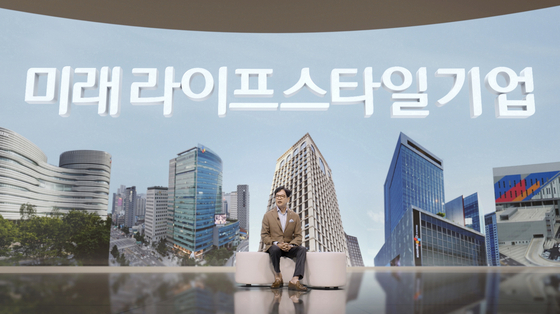 
CJ Group Chairman Lee Jay-hyun announced four new "growth engines" that will lead the group into future and vowed to invest 10 trillion won ($8.5 billion) in the fields over the next three years.

They are culture, platforms, wellness and sustainability.

The growth engines were announced in a video message to CJ employees on Wednesday.

CJ’s new slogan is “create future lifestyle with you.”

It was the first time Lee announced a corporate vision since 2010.

CJ has been “poor at preparing for the future” because it was not structured to make bold decisions and hire the right people and develop their abilities, Lee said in the video message, describing CJ as facing “stagnation in growth.”

“The speed of growth has slowed over the past three to four years due to the intensified competition within the existing industries and the expansion of platform-based companies in and outside of Korea.”

Lee added, “CJ will focus on innovative future growth in terms of reading trends, technologies and marketing, and will innovate the organizational culture for the best talent.”

CJ’s goal for culture is to develop Korean food under the Bibigo brand. Its focuses are dumplings, chicken and sauces. Various types of entertainment, targeting the global market, are also planned.

For platforms, CJ’s goal is to raise the number of Tving subscribers to 8 million by 2023 and to strengthen original content with Naver and JTBC. Tving has not revealed the current number of subscribers. CJ also plans to develop CJ ENM’s home shopping business into a lifestyle platform and “solidify” CJ Olive Young’s status as a specialized global Korean beauty platform.

For sustainability, CJ’s goal is to complete the construction of a factory producing PHA (polyhydroxylalkanoates) in Indonesia this year. PHAs are polyesters produced in nature by microorganisms. CJ is also investing in technologies for vegan meat.

Of the planned 10-trillion-won investment by 2023, 4.3 trillion won will be spent on artificial intelligence, big data and technologies.

“The goal is to raise 70 percent of the group’s sales from the four future growth engines within three years,” said a spokesperson for CJ.