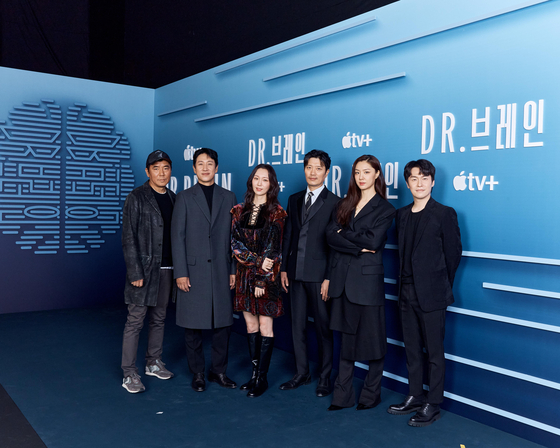 Apple TV+ introduces its new sci-fi thriller series “Dr. Brain,” one day before its official release, through an online press conference on Wednesday with the director and other cast members. It is the first Korean content that Apple TV+ has unveiled. The series, based on the Korean webtoon of the same title, is the first TV drama directed by Kim Ji-woon, far left, of 2008 film “The Good, the Bad, the Weird” and 2010 film “I Saw the Devil.” “Dr. Brain” centers around a genius scientist faced with a series of mysterious cases. The scientist named Se-won is played by actor Lee Sun-kyun, second from left. The series has a total of six episodes, each of which will be released every week from Thursday. [YONHAP]