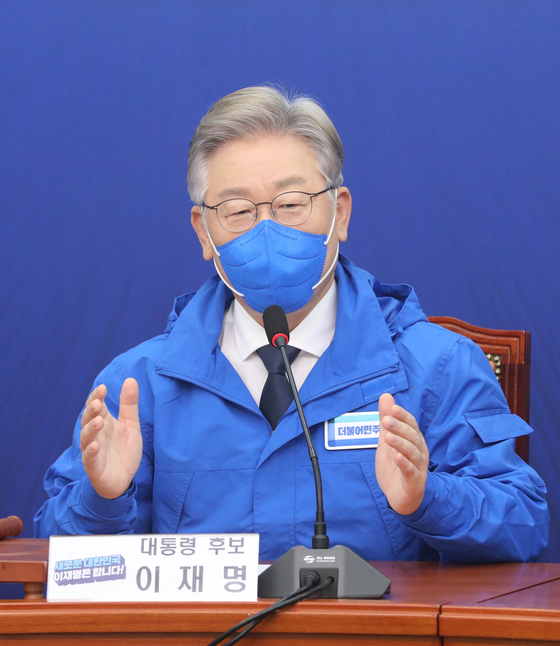 While Lee on Wednesday emphasized the need for more such payments, Prime Minister Kim Boo-kyum blew off the idea, saying the country couldn't afford it.

Lee, who publicly announced his support for additional emergency relief grants on Friday, repeated his call at the first election committee meeting he oversaw on Wednesday.

“I call on the party to actively promote a plan to distribute more emergency relief payments that can aid the lives of people and revitalize the economy,” Lee said, adding that “appropriately scaled household support is essential.”

DP lawmaker Min Hyung-bae, who headed Lee’s campaign strategy team during the primaries, questioned the government’s reluctance to distribute more payments during an interview with BBS Radio, saying, “The government should fundamentally reconsider its approach.” 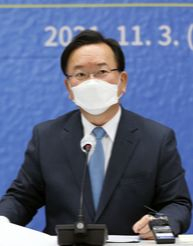 However, the prime minister openly pushed back on the idea, saying the limits of what the government can spend are “obvious” from the perspective of the fiscal authorities.

In an interview with CBS Radio on Wednesday, Kim said that country “couldn’t afford” emergency relief payments for the general public, suggesting that relief should be more targeted. “The most urgent task now is helping the travel, tourism, and hotel industries, whose losses during the pandemic have not been covered by most insurance policies,” he said.

The prime minister also suggested Lee’s call for more Covid-19 relief money from the government was removed from reality. “This is not the kind of situation where one can rummage through different pockets in search of more money,” Kim said.

The open rift between the DP’s presidential candidate and the prime minister left the party cautiously searching for a middle road between the government’s position and Lee’s public spending ideas.

Following the party’s election committee meeting, the DP’s senior spokesman Ko Yong-jin minced words, saying, “It is difficult to talk without knowing the context in which Prime Minister Kim spoke,” only adding that the party “needs to consult with the government to put additional funding into the 2022 budget.”

Lee told reporters he had no comment in response to the prime minister’s remarks as he left the committee meeting.

The difference in opinion between Lee and the government appears primarily to be a disagreement over the state’s fiscal capacity to support additional payments.

However, Prime Minister Kim's remarks reflect the government’s position that government aid should go to small business owners and self-employed people if the government can afford it – a perspective shared by DP members who supported former party leader Lee Nak-yon, who ran against Lee Jae-myung in the party’s presidential primaries.

In a sign that Lee will not back down, an official from the candidate’s camp said, "The government cannot ignore the demands of the ruling party candidate.”