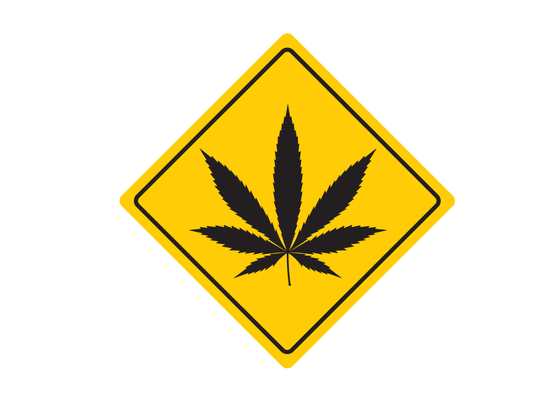 Korea’s justice system is particularly strict on drugs compared to most other developed nations. [BYUN JU-YEON]


Whether it’s marijuana or methamphetamines, Korea’s justice system is particularly strict on drugs compared to most other developed nations.

However, the rapidly growing number of drug users makes some question if Korea’s current approach is really working.

Such hardline stance is particularly evident when it comes to celebrities and the consequences they face for illegal drug use.

In September, former iKON member B.I was handed down a three-year suspended prison sentence and four years of probation for using marijuana and LSD. His drug use cost him his place in the boy band and his contract with YG Entertainment. The same month, actor Ha Jung-woo was fined 30 million won ($25,300) for abusing propofol, a powerful anesthetic sedative.

Perhaps the best-known cases of Korean celebrities getting in trouble for drug use are singers T.O.P of boy band Big Bang and Park Yoo-chun. T.O.P was sentenced to a 10-month suspended prison sentence and two-year probation for smoking marijuana in 2017, while Park received the same sentence in 2019 for using methamphetamines. 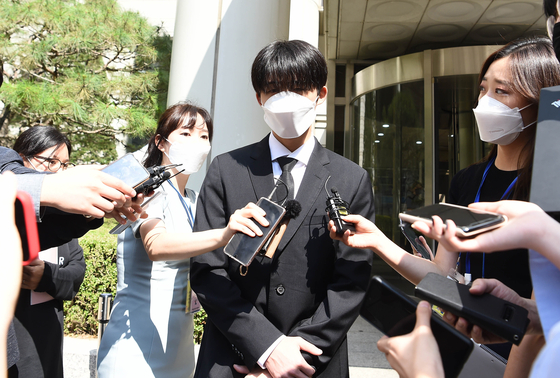 Singer B.I, a former member of boy band iKON, was handed down a three-year suspended prison sentence and four-year probation in September for using marijuana and LSD. [YONHAP]


It is unlikely a celebrity’s drug use, especially of marijuana, would make news in Western countries, let alone land them in jail. Korea’s strict approach to drugs may be surprising to Westerners, but what’s even harsher than the consequences is the public’s general reaction to drug offenses. Drug users are condemned as yakjaengi, meaning “druggies,” and face lasting stigma.

Another notable difference is that Koreans' reaction to drug use is not hugely impacted by the drug of choice. Whether it be marijuana, which has been legalized in many countries, or meth, the public's disdain in the aforementioned cases is largely the same.

“Whether someone did meth, propofol or marijuana, they’re all considered the same junkies and criminals to most Koreans,” said Park Jin-sil, an attorney specializing in drug cases.

“The legal system’s view is not that different either, just with slight differences in the severity of sentencing depending on the illegal substance. Although marijuana should be treated differently from hard drugs, that’s not the case in Korea.” 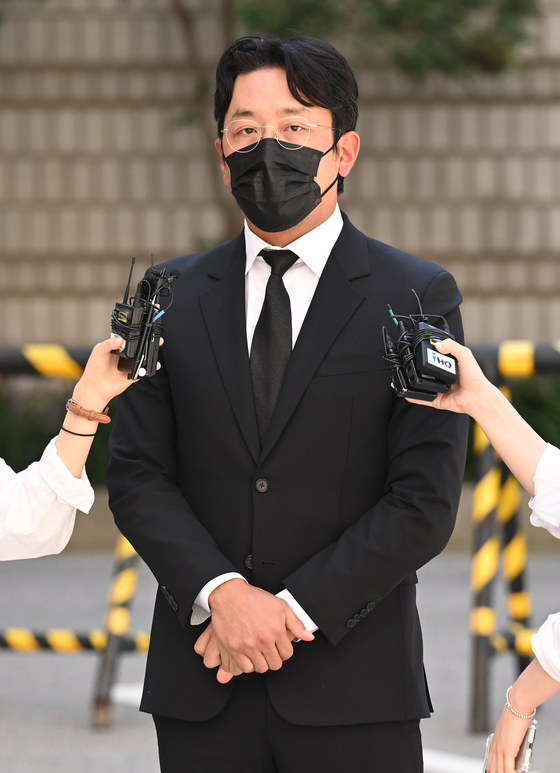 
According to Park, the perception of marijuana use as a serious crime dates back to Korea’s era of military dictatorship.

“In the 1970s, smoking marijuana was a culture among musicians and intellectuals who spoke out against the regime,” she said. Drug use was also characteristic of counter-culture movements in the West around that time period.

“For the regime, portraying marijuana as a dangerous substance and punishing users as drug offenders was a convenient excuse to crack down on dissidents. That ironhanded crackdown left an impression on the public psyche that marijuana is a harmful substance, so it has remained just as taboo as hard drugs ever since.”

“Korea’s public opinion on marijuana wasn’t formed by the public; cannabis is bad simply because [former President] Park Chung Hee said so,” according to an anonymous spokesman of the National Coalition for the Legalization of Cannabis in South Korea, a group aiming to decriminalize recreational marijuana use.

“Most people who claim marijuana is detrimental don’t even have exact reasons,” he continued. “They don’t know and don’t bother to [find out]. It’s fear based on ignorance.” 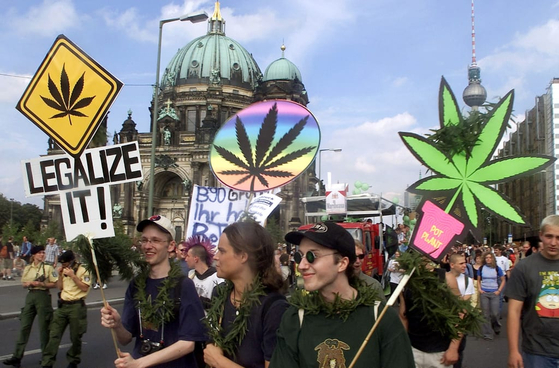 Protestors in Berlin demand the legalization of marijuana. [REUTERS]


Due to such negative perceptions, the movement to legalize or decriminalize marijuana, which has been common and often successful in Western countries, has floundered in Korea.

“Hard drugs should be restricted of course, as most countries do,” said Park. “But because marijuana is viewed the same as hard drugs, Koreans aren’t interested in finding out its beneficial medicinal qualities. Scientific research has proved that cannabidiol (CBD), a chemical component of marijuana, is effective on patients suffering from late-stage cancer, multiple sclerosis, epilepsy or seizures. That’s why [in 2018] the Korean government started allowing a few pharmaceutical products containing beneficial components of marijuana.

“But because marijuana is still perceived as dangerous, the products require a prescription from a doctor and very few patients are permitted to use them. The product must also be picked up at the Korea Orphan & Essential Drug Center, where it’s ‘safeguarded,’ and is extremely costly. In countries where marijuana use is freer, people can easily purchase CBD products at local stores. If the ban on marijuana is really about public health, shouldn’t the government at least make it more accessible for medical purposes?” 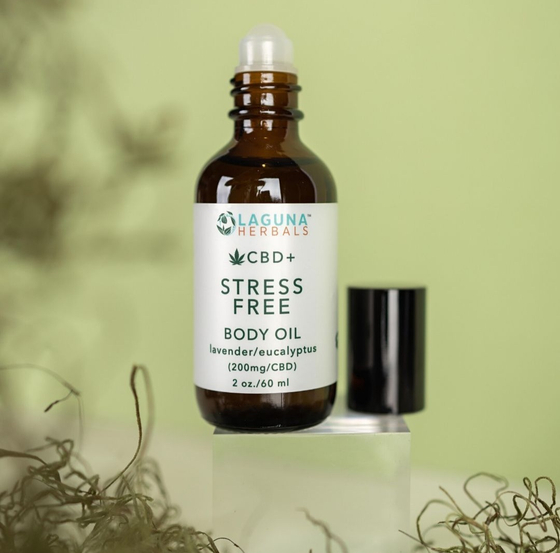 A body oil product containing cannabidiol (CBD), a chemical component of marijuana. CBD has been proven to have beneficial medicinal qualities. [SCREEN CAPTURE]


Ironically, drug use in general is rapidly increasing in Korea.

“Korea once prided itself as a ‘drug-free nation,’ but that title is outdated now,” said Professor Kwack Dae-gyung of Dongguk University’s College of Police and Criminal Justice.

“Last year, Korean law enforcement confiscated 49.9 kilograms (110 pounds) of marijuana; a 130 percent increase from 21.7 kilograms in 2019. Drug offenders under the age of 19 are also on the rise. The majority of drugs are smuggled from abroad, but nowadays some Koreans are growing their own cannabis and psychedelic mushrooms at home, then sell them on the dark web."

Although more people are using drugs, public perception isn’t becoming any less hostile. According to a 2018 poll from Dooit Survey on 3,555 Koreans, 52.4 percent thought drugs could be easily acquired in Korea, but only 9.3 percent supported the legalization of marijuana and 64.1 percent said punishment for drug use should be harsher.

“But it can be anyone around you. Although statistically most addicts are unemployed, you’d be surprised by how many office workers and housewives visit us. People dismiss addicts as criminals, and the stigma is so severe that it requires courage for addicts just to call our center. Many addicts would rather hide and get worse.

“The Korean justice system only recently accepted the idea that rehabilitation, not punishment, should be the focus when dealing with drug addiction,” said attorney Park. “Still, in the eyes of the law and investigative authorities, addicts are no more than criminals who must be punished. Public opinion is worse, using the rational ‘They did drugs by their reckless choice, so why should the nation pay for their treatment?’ This perception shuts down social dialogue on drug addiction, and as a result there’s no proper system to deal with it. If this doesn’t change, the number of drug users will continue to rise exponentially.”

On the other hand, Chief Lee claimed that Korean law enforcement blindly punishing drug users is a misconception.

“Korea’s justice system actually offers a myriad of rehab opportunities to addicts,” he said. “As a center under the Ministry of Food and Drug Safety, we’ve been offering free therapy sessions since 2002, helping about 200 addicts annually. We’re fully aware of the importance of rehab since drug use usually stems from underlying psychological problems, and treating the root cause is key to reducing re-offenders. Many of the staff and counselors are recovered addicts themselves.

“It’s a misunderstanding that the Korean legal system sends drug users straight to prison. Many drug offenders’ indictments or prison sentences are suspended if they agree to undergo rehab. Then they don’t even get a criminal record. If someone visits us voluntarily, we help them without turning them over to law enforcement. The justice system isn’t out there to ‘get you.' It wants to give you a chance and resources to recover. But no matter how good the system is, we can’t prevent all re-offenses. The United States and Europe have better rehab programs, yet struggle with much worse drug problems. If an addict keeps re-offending, they should go to jail and undergo rehab there.” 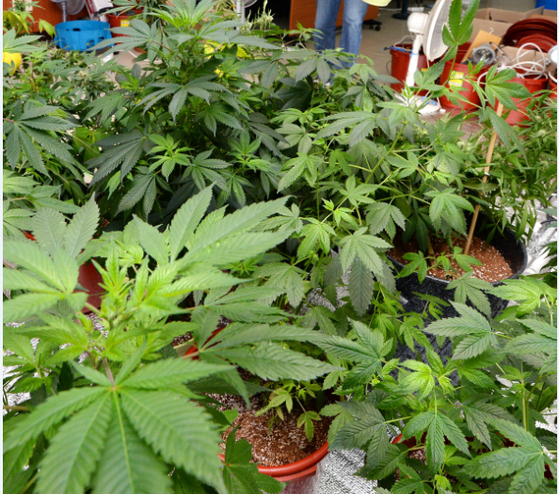 
While Lee emphasized that rehabilitation comes before punishment, he was still strongly opposed to loosening regulations on marijuana. He cited the long-standing gateway drug theory, which suggests that soft drug use eventually leads to addiction to harder drugs.

“Based on my experience working with addicts, there are people who stop at marijuana,” Lee said, "But people who smoke marijuana are significantly more likely to be less averse to the next step, a harder drug. It’s not like there’s an impenetrable wall between soft and hard drugs. Apart from medicinal purposes, I am completely opposed to legalizing or decriminalizing marijuana; it’s too risky.”

Professor Kwack agreed there is no question that marijuana is a gateway drug.

“Marijuana definitely lowers one’s self-restraint and psychological barrier to harder drugs,” he said. “Once you get used to soft drugs, you’re likely to seek stronger substances to feel that first high again.”

“Just because the West is doing it, doesn’t mean we need to,” Lee continued. “More drug use doesn’t represent a more advanced culture. Do the countries laxer on drugs have better public safety than Korea? The answer is no. Widespread drug use usually endangers society and public health. We want to destigmatize rehab, but that doesn’t mean Korea should just let go and allow recreational marijuana use.” 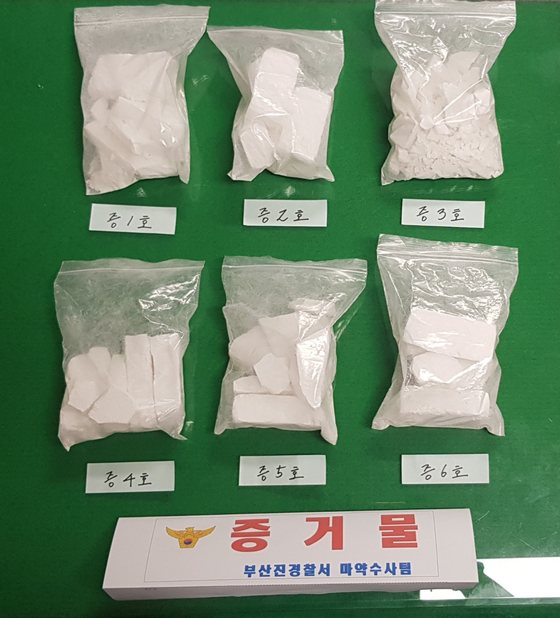 
The National Coalition for the Legalization of Cannabis and attorney Park argue that the gateway drug theory is a discarded hypothesis.

“Korea’s real drug problem is that people can’t access the gateway drug, so they go straight to meth,” said the spokesman. “Statistically, meth is the No. 1 drug of choice in Korea, used much more than marijuana. That’s abnormal. As soft drugs stay underground, people go to the black market where they’re exposed to even harder drugs. If recreational marijuana is legally accessible, people don’t have to be exposed to meth by shady dealers.”

“There’s no credible evidence that marijuana leads to hard drug use,” Park said. “Under that logic, alcohol and cigarettes are the first gateway drugs. Korean society is so lenient toward alcohol although it leads to violent crimes all the time, but even discussing marijuana is taboo when it doesn’t harm others. The rational way to go is for the government to at least make medicinal marijuana more accessible, and perhaps legalize recreational marijuana but oversee and tax it, like it does with tobacco.”