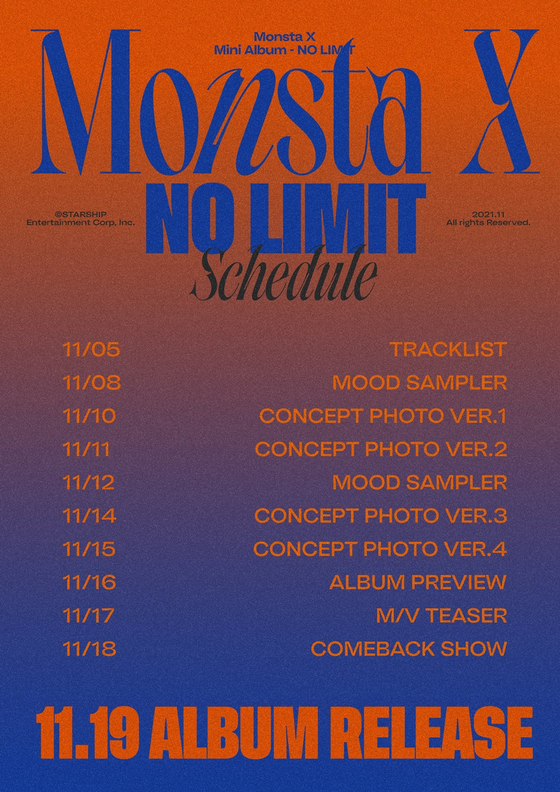 An image of the countdown schedule was uploaded to its social media channels Thursday.

According to the schedule, the track list will be revealed on Friday. Over the course of two weeks, teaser images or videos will be unveiled almost every day.

A showcase of the EP will be held on Nov. 18, the day before its release.

It has been five months since the band’s last EP, “One Of A Kind.” It released a full-English single, “One Day” in September. The song is part of its upcoming full-length English album “The Dreaming,” which will drop on Dec. 10.