Spotify picks STAYC as Equal Global Artist of the Month

Spotify picks STAYC as Equal Global Artist of the Month 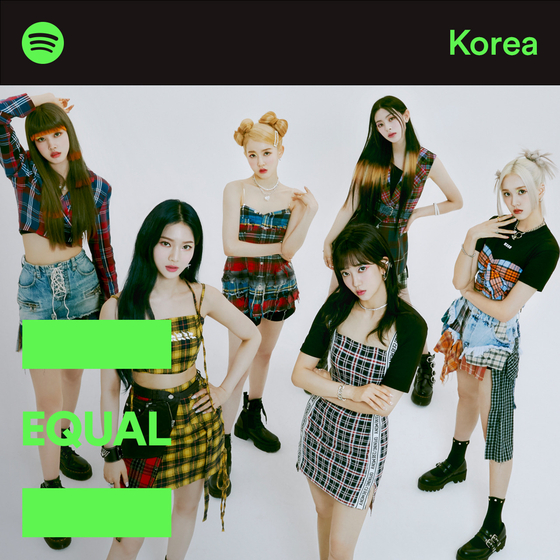 STAYC was chosen as Spotify’s Equal Global Artist of the Month. [SPOTIFY]

Equal Global Artist of the Month is a campaign that “advocates for women artists, calling for continued diversity and opportunity within the industry,” according to Spotify.

The group is also the first Korean artist to be on the cover of the campaign’s playlist, “Equal Global Playlist.”

In an interview with For the Record, a podcast on Spotify, STAYC revealed that it found musical inspiration from artists like Doja Cat, Little Mix and Bebe Rexha.

When asked how the group would like to see greater gender equity in the music industry, “there shouldn’t be any discrimination,” said STAYC. “We truly hope that everyone and anyone can freely express themselves and spread their music and art.”