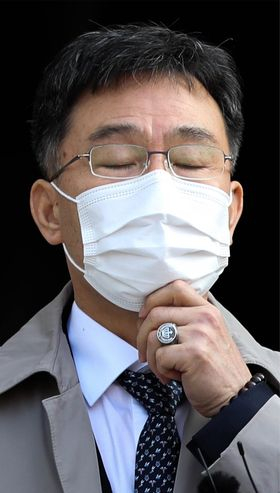 The Seoul Central District Court on Thursday issued arrest warrants for two key figures at the center of the Daejang-dong development corruption scandal on grounds that they posed a flight risk. 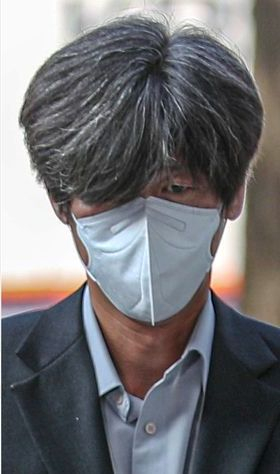 The court decided to issue arrest warrants for Kim Man-bae, owner of the small asset management company Hwacheon Daeyu, and lawyer Nam Wook, owner of Hwacheon Daeyu affiliate Cheonhwa Dongin No. 4, on charges of breach of trust and bribery in connection with the Daejang-dong development in Seongnam, Gyeonggi.

The court ruled after the Wednesday arrest warrant review that both posed a flight risk and could destroy evidence.

However, the court rejected prosecutors' warrant request for Chung Min-yong, former chief of the Seongnam Development Corporation's investment division, who is suspected of conspiring with Kim and Nam in the scandal.

Hwacheon Daeyu came under suspicion that it benefitted from illicit business favors after it came to light in September that it raked in a profit of 57.7 billion won ($48.3 million) since 2019 on an investment of 49.95 million won, or a 1 percent stake, in the 2015 project to develop the Daejang-dong area into apartment complexes.

However, the city-owned Seongnam Development Corporation reportedly only received 183 billion won in profits over the past three years, despite holding a 50 percent stake in the project.

The public company's former acting president, Yoo Dong-gyu, was indicted Tuesday on breach of trust on top of the initial bribery indictment served by prosecutors on Oct. 21 on suspicion that he engineered the profit distribution setup to favor Hwacheon Daeyu and its affiliates.

Although controversy over the project's profit distribution scheme initially focused on the connection between Kim Man-bae and Democratic Party (DP) presidential candidate Lee Jae-myung, whom Kim interviewed as a journalist in 2014 when Lee was Seongnam's mayor, the scandal has since engulfed several of Lee's acquaintances.

Most notably, Yoo was a former aide to Lee who assisted him with both his successful Seongnam mayoral and Gyeonggi gubernatorial campaigns.

The decision by prosecutors to charge Yoo with breach of trust after omitting it from their original indictment Oct. 21 — though it was initially included it in the arrest warrant request on Oct. 3 — did little to assuage critics who believe Lee should also be charged with breach of trust for setting up the Daejang-dong development.

While Lee argued that he set up the Daejang-dong development to feature fixed profit distribution for private sector investors, comments by Kim's lawyer, suggesting that Kim should not be charged with breach of trust if Lee does not face the same charge, attracted widespread media attention.

Speaking to reporters outside the court before his arrest warrant review on Wednesday, Kim himself denied committing wrongdoing regarding the profits it reaped from the Daejang-dong development, saying he and his company "merely followed Seongnam Mayor Lee Jae-myung's business policy at the time."