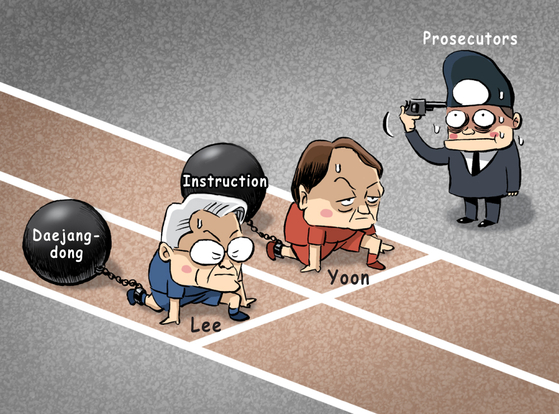 The prosecution faces a dilemma after both Lee Jae-myung, former Gyeonggi governor and presidential candidate for the ruling Democratic Party (DP), and Yoon Seok-youl, former prosecutor general and Lee’s counterpart from the opposition People Power Party (PPP), have just started their race toward the March 9 election each with shackles from the past: Lee over his possible involvement in the Daejang-dong land development scandal and Yoon over his allged instruction to his aides to accuse a political figure close to the DP when he served as prosecutor general last year. [PARK YONG-SEOK]