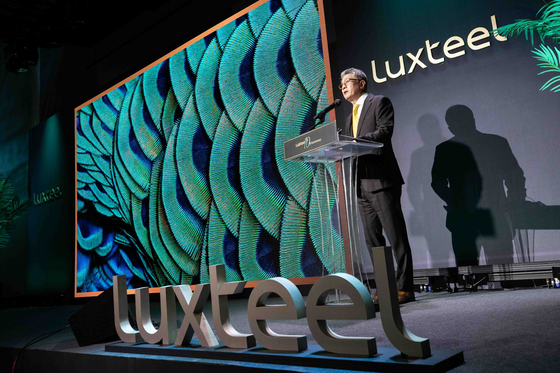 
Dongkuk Steel Mill, Korea’s third-largest steelmaker by sales, said it aims to increase color-coated steel sales by more than 40 percent in a decade.

If the target were to be hit, color-coated steel would account for 30 percent of the company’s sales, from the current 20 percent.

Color-coated steel is made by adding a decorative layer during the manufacturing process.

Chang, who owns 9.43 percent of Dongkuk Steel Mill, made the promise in a press event held at the company’s headquarters in central Seoul on Monday. The event was held to celebrate the 10th anniversary of Luxteel, its color-coated steel brand.

Dongkuk Steel Mill has four factories in Korea. It owns 30 percent of a steel mill in Brazil.

It may open new factories or a marketing units in America, Europe, Southeast Asia or Australia.

Expanding the range of products sold online is another measure the company plans to take to reach its 2030 goal.

“As a solid first mover, we will lead over the next 10 years,” Chang added.

The company is projected to report 246 billion won in operating profit in the third quarter on an estimated 1.9 trillion won in sales, according to the market consensus.