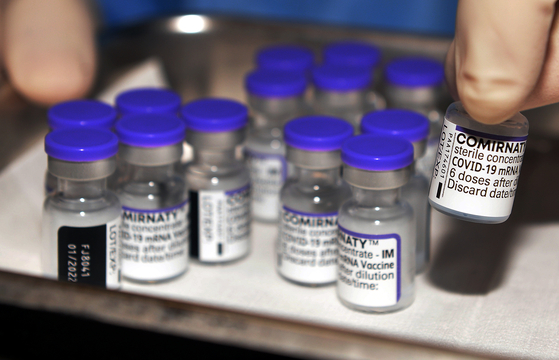 In an article entitled “Researcher blows the whistle on data integrity issues in Pfizer’s vaccine trial,” the journal cited a regional director employed at the research organization, Ventavia Research Group, who provided evidence that the company “falsified data, unblinded patients, employed inadequately trained vaccinators, and was slow to follow up on adverse events reported in Pfizer’s pivotal phase III trial,” which “raises questions about data integrity and regulatory oversight.”

The article added that the regional director emailed a complaint to the U.S. Food and Drug Administration (FDA), but was fired by the research company.

In the phase 3 clinical trial for the Pfizer vaccine, 44,000 trial participants from 153 research companies participated. It is known that the Ventavia Research Group had about 1,200 subjects while the regional director was there, which is about 2.5 percent of the total participants.

The claims concerned many people in Korea as Pfizer has long been the main supplier of vaccines to Korea. Korea is using Pfizer, AstraZeneca, Moderna and Janssen vaccines, with Pfizer supplying the most.

Over 53.4 percent of the fully vaccinated population in Korea had received two doses of the Pfizer regimen as of Sunday midnight, according to a data from the Korea Disease Control and Prevention Agency (KDCA).

Korea has been giving Pfizer jabs for most of its vaccination campaign as well as for booster shots. It recently signed a deal to buy 30 million doses with an option for another 30 million shots to be administered next year.

“[What the company did] is wrong in principle, but it wouldn't have affected [the results],” Ma said.

“If side effects were concealed on purpose or the PCR results were manipulated, the approval could be canceled, […] but the criticisms raised don't change much.”

Dr. Jung Ki-suck, a professor of pulmonology at Hallym University Sacred Heart Hospital and former director of the Korea Centers for Disease Control and Prevention (KCDC), expressed a similar view, saying, “It is certainly wrong if it’s true that some principles were ignored during the clinical trials, but I don’t believe it is enough to reverse the overall results as the test subjects at the research organization only represent a few.”

The Korea JoongAng Daily requested a comment from Korea's Ministry of Food and Drug Safety, and is still waiting for an answer.