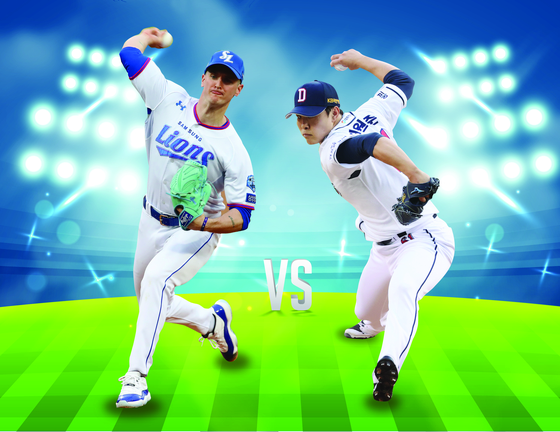 The Samsung Lions make their long-awaited return to the KBO postseason tomorrow, as they face the Doosan Bears in their first playoff game since 2015.

While the Kia Tigers are the winningest team in KBO history, the Lions have had the most opportunity. Over the 38 years since the league was founded, the Daegu club have reached the postseason 28 times, far outpacing the Bears on 23 and the Tigers on 21. This year will be the Lions' 29th playoff appearance.

But despite that unrivalled pedigree, Samsung enter this year's playoffs on the back of the worst dry spell in the club's history.

Samsung's last playoff match was on Oct 31, 2015. That game, a huge 13-2 loss to Doosan, ended the Korean Series with the Bears taking it with four games to one. That one victory, a close 9-8 win in the opening game on Oct. 26, was the last hurrah of a Lions team that had dominated the postseason for nearly 20 years.

The Bears, meanwhile, remained a regular postseason participant throughout Samsung's reign, but only made it to the Korean Series seven times and won just twice — in 2001 and the all important 2015 victory.

But the final few years of Samsung's run were dominated by an intense rivalry with the SK Wyverns, now the SSG Landers, and later the Bears.

The Wyverns reached the Korean Series every year from 2007 to 2012, winning three times. The last three of those championship matchups were against the Lions, who won the last two.

But as the Wyverns dropped off in 2013, Doosan stepped in. The Bears made it all the way to the Korean Series that year, losing to the Lions 4-1.

In 2014, both Doosan and SK failed to reach the playoffs and the Lions had no problem sweeping aside the Kiwoom Heroes to take the title.

One year later, the Bears returned with a vengeance and smashed through the Lions. Now, after years rebuilding, the Lions are back. That their first playoff game in five years happens to be against the very team that ended it all in 2015 offers an exciting shot at revenge for the Daegu club — but only if they can get the win.

Samsung enter the second playoff series on Tuesday after more than a week of rest. They last played in an unusual tiebreaker against the KT Wiz on Oct. 31, losing the game and missing out on a chance to take the top spot.

But while the Lions have been able to take a step back and train, the Bears have been busy.

After finishing the regular season in fourth place, Doosan had to play through both the Wildcard Series and the first round of playoffs in order to reach Tuesday's series.

The Wildcard Series against the Heroes began on Nov. 1, with Doosan losing the first game 7-4 despite entering the series with the upper hand.

That win gave the Bears some momentum going into the playoffs, momentum that they were clearly able to build on as they took on old rivals the LG Twins and proved that when it comes to fall baseball, the Bears are always dangerous.

Doosan won the opening game of the first round of playoffs 5-1 on Nov. 4. LG rebounded on Nov. 5 to comfortably take the second game 9-3 to tie the series at 1-1 and force a rubber match.

The Bears came back swinging for Game 3 on Sunday,  beating the Twins 10-3 to earn a spot in the second round with a 2-1 series win.

Doosan's victory in the first two rounds of playoffs is true to form — this marks the second year that their star has appeared to wane, only to suddenly come alive when the playoffs arrive.

After years consistently finishing the regular season at, or very near, the top of the table, the Bears had to settle for third place last year, a position they only managed to secure on the very last day of play.

Despite the third-place finish, the Bears powered through two rounds of playoffs to take on the NC Dinos in the Korean Series last year, eventually losing to the Changwon club.

This year's route was even harder, and the Lions still offer a considerable challenge if the Bears hope to make it through to the Korean Series and a chance to fight the Wiz for the title.

But despite finishing two spots lower on the table, statistics — as well as recent experience — are still on Doosan’s side. The Bears have beaten the Lions nine times this season, losing seven games and tying none. In the postseason, the two sides have met 47 times, with Doosan winning 24 and the Lions 23.

The Bears will take on the Lions in the first game of the second round of the 2021 KBO playoffs at Daegu Samsung Lions Park in Daegu on Tuesday at 6:30 p.m.