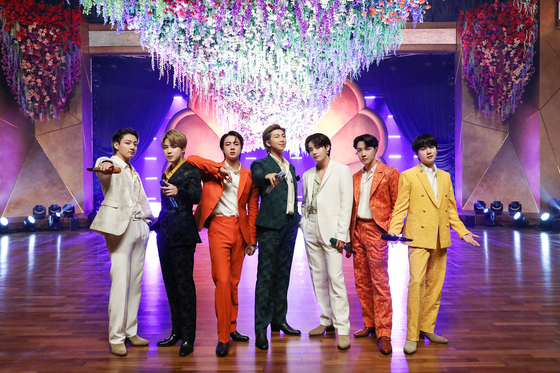 
Boy band BTS will perform its megahit "Butter" at the American Music Awards (AMAs) on Nov. 21 with rapper Megan Thee Stallion, according to the AMAs on Monday.

BTS and Megan Thee Stallion collaborated on a remix of "Butter" which dropped in August. The original version was released in May.

This is BTS's first time performing the remix live with Megan Thee Stallion.

The AMAs will take place at the Microsoft Theater in Los Angeles and will be broadcasted live via television network ABC.