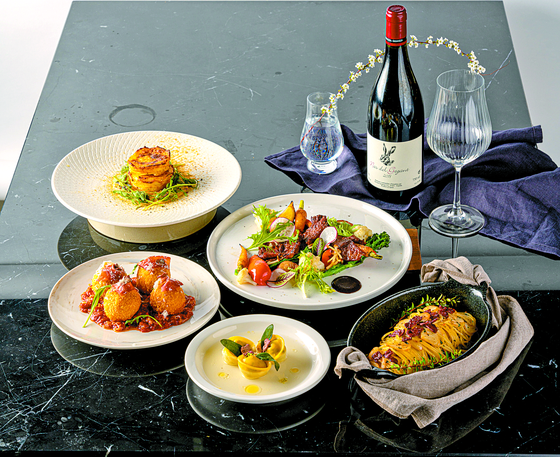 
Despite nagging questions about the benefits of meat substitutes, companies and consumers are jumping on the bandwagon as they try to do their bit and tick the right boxes.

Environmental, social and governance (ESG) initiatives are especially important. Companies need to demonstrate their commitment to doing that which contributes to society to satisfy increasingly demanding investors.

The global meat substitute market reached 6.19 trillion won ($5.25 billion) this year, up 45 percent from 4.24 trillion won in 2015, according to data from the Korea Agro-Fisheries & Food Trade Corporation. The market is estimated to grow to 7 trillion won by 2023.

The trend is also evident in Korea. The meat substitute market in Korea stood at around 10.2 billion won last year, up 24 percent from the previous year. The market is projected to break 20 billion won this year.

People interested in animal welfare are turning to meat substitutes as they look for an alternative sources of protein. Meat substitutes are also growing in popularity among environmentalists, as livestock emit greenhouse gases. Emissions from livestock account for 14.5 percent of human-induced greenhouse gases emissions, according to the United Nations Food and Agriculture Organization.

Meat substitutes can be plant-based or cell-based.

Plant-based meat is usually made from soy, peas or mushrooms, while cell-based cultured meat is created by harvesting cells from animal.

In Korea, Simple Meat and Space F are some of the companies that make cultured meat.

Space F received 7 billion won in funding earlier this year from investors that include food company Daesang and Lotte Ventures, which develops and fosters start-ups. 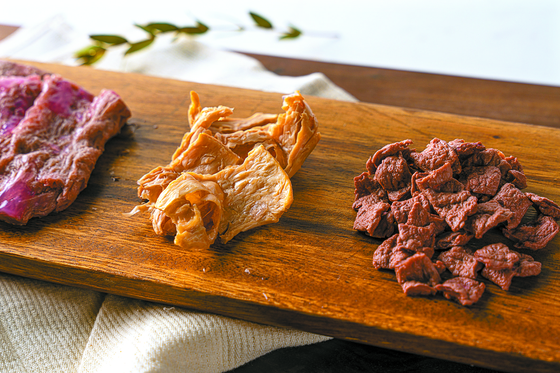 
“Alternative meat is an eco-friendly technology that can significantly reduce soil usage, greenhouse gas emissions and water consumption,” said a spokesperson for Simple Meat. The company plans to “embrace the demand by people who are reluctant to consume meat.”

Critics say that alternative meats may not be particularly healthy, as they are very processed, and might not be as good for the environment as the companies claim.

The growing vegetarian population and the rise in the importance of complying with ESG standards, an important factor in attracting global investment, are reasons behind the business expansion.

It partnered with Unlimeat, a startup that develops and retails meat substitutes, for the bulgogi salad wrap and further vowed to add more vegan options “to practice ESG management.”

The meat, made with textured vegetable protein extracted from peas, was developed by the Pulmuone Institute of Technology. The meat products are made to look like steaks rather than patties.