Netflix docuseries takes on one of Korea's most prolific killers

Netflix docuseries takes on one of Korea's most prolific killers 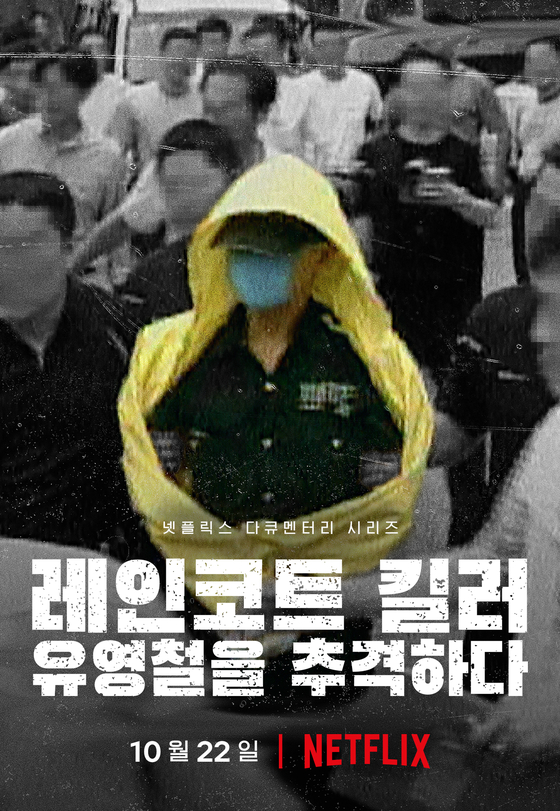 The poster for "The Raincoat Killer: Chasing a Predator in Korea" [NETFLIX]


The story of the notorious serial killer Yoo Young-chul, or the so-called “raincoat killer,” is now on Netflix. With three episodes each around 40 to 50 minutes long, the Netflix original documentary series was released on Oct. 22 in about 190 countries.

Titled “The Raincoat Killer: Chasing a Predator in Korea,” it is Netflix’s first attempt at a docuseries centering on Korean crime. According to streaming analytics company FlixPatrol, the show landed on Netflix's Top 10 TV Shows list during the first week after its release in eight Asian regions: Korea, Hong Kong, Indonesia, Malaysia, Singapore, Taiwan, Thailand and Vietnam.

Director and producer Rob Sixsmith and Korean-Canadian director John Choi took the helm of the documentary.

The production crew decided to dub Yoo the “raincoat killer” because of the yellow raincoat he wore when he reenacted his crimes for the police. Yoo brought the concept of a psychopathic serial killer to the forefront of Korean society after brutally murdering some 20 people around 2004 in bizarrely evil and unimaginable ways.

Yoo based his decision on whether he would spare his victims, who were usually female sex workers, or take their lives, on one arbitrary factor: If stepped over the threshold of his bathroom door or not.

Lee Soo-jung, a forensic psychologist and a professor at Kyonggi University, explained in the documentary that this judgment deluded Yoo into thinking that he was in an “omnipotent position equivalent to God.”


The series also focused on the violence of his murders, which saw him dismember bodies and mix them with old fermented kimchi, before transporting them by taxi to bury them elsewhere. 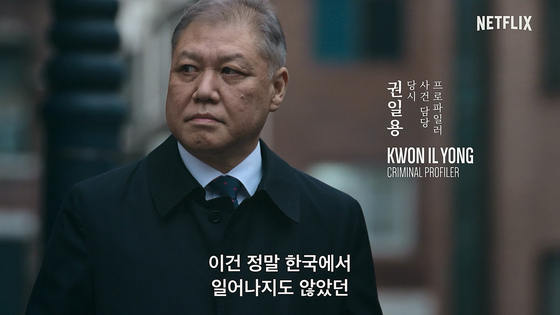 Criminal profiler Kwon Il-yong explained Yoo's case as "unprecedented in Korea at the time," and initially police "had no idea what type of person the killer was." [NETFLIX]


When Yoo was apprehended in 2004, the police and units responsible for his arrest were heavily criticized by the public for major holes in their investigation. “The Raincoat Killer: Chasing a Predator in Korea” interviewed those who were directly involved in Yoo’s case, such as criminal profiler Kwon Il-yong, family members of the victims, prosecutors and even Yoo’s own lawyer, Kim Byung-joon, to get a better grasp of exactly what took place, and was there anything that could have been done to prevent the murders.

In an online interview with Sixsmith on Nov. 4, the director told the JoongAng Ilbo that true crime is “an incredible window” and “gives you a privileged view into society.”

“It’s about the genre of the thriller,” Sixsmith explained, when asked what his purpose for the show was. “I don’t think there’s anywhere else in the world that does the thriller better than Korea [...] We could try and use that sort of inherent concept of the thriller that already exists [in Korea to] create, then turn it to our use in terms of documentary, and allow us to discuss bigger themes as well.” 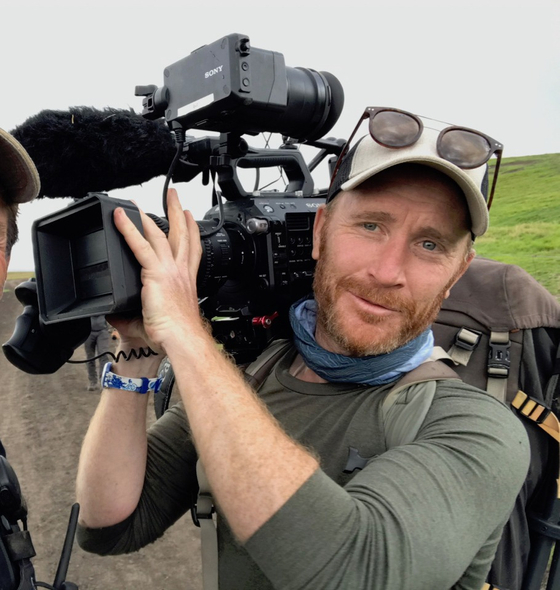 
Q. Could you briefly introduce yourself by telling us about your previous works?

I’m Head of Factual for a big Asian studio [production company Beach House Pictures] based in Singapore. We have offices in Japan and in Beijing, sort of all over this area. We do an eclectic mix of content. We do everything from your journalistic true crime, through to adventure [and] a survival show. We also do natural history.


The “Raincoat Killer” project is the first-ever Netflix docuseries based on Korean crime. Why did you decide to portray a Korean criminal?

The transformation and the way that Korean society has quickly moved since the 1950s is incredible and exceptional. Your country is probably one of the biggest cultural monoliths [...] at this particular moment. It was just an amazing opportunity to look at this country that everyone’s talking about in a slightly new and different way.

[Yoo’s] case itself for me was so intriguing because it intersects so many themes and concerns that societies around the world have. These [themes] aren’t restricted to Korea.

And very rarely in the world do you have a case where a serial killer changes his modus operandi, and switches from one type of victimology. In this case, the wealthy elderly in the richer parts of Seoul then flips completely to a new victimology [female sex workers].

The class issue to the protection of the most vulnerable in the red light district was what made this [case] fascinating. 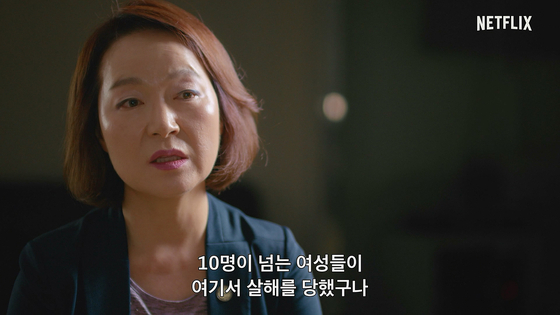 
Many different Korean television programs have already dealt with Yoo and the film “The Chaser” (2008) was inspired by the killer as well. What efforts did you make to ensure the documentary was different from existing content and appealed to international viewers who are unfamiliar with Yoo?

It was one of the biggest challenges. To be honest, I don’t necessarily think we got it 100 percent right. Certainly, the international audience were hoping for much more context about Yoo’s upbringing, his childhood, and all those kind of elements that they kind of hoped to pick apart to try and find an elemental motive. It was definitely part of our operating kind of editorial that we wouldn’t dig too much into his backstory [...] We didn’t deconstruct the person of Yoo too much because then you end up kind of buying into his way of thinking and you end up almost excusing his actions a certain amount.

I think one of the things that this [documentary] did that the film [“The Chaser”] didn’t do was go back into the class-based crimes beforehand. It takes you out of just the red light districts [...] but that switching of the modus is what makes this important for me as a case.


Why did you decide to tell Yoo’s story by having the cast each speak from a first-person narrative, with no separate third-person narrator?

And the reason that we honed in on the police procedure is because it gives you the backbone [of the case]. We then realized that they had been on a genuine journey of themselves of understanding not only the crimes but also their position and how they work in order to fix these types of incidents. We wanted to make sure that they had a story to tell that wouldn’t do them a huge amount of harm [of traumatizing them].