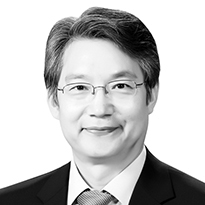 
My childhood memories from a small town in Busan, a southern port city, have many sad scenes. There were many orphans from the Korean War. My elementary school had three to four in a class coming from nearby orphanages. Everyone was poor in those days. Still, students brought lunches their mothers packed. The copper lunch box mostly had kimchi and stir-fried anchovies to eat with rice.

We had to eat our cold rice in a freezing classroom without heat. Yet, lunchtime was our best moment at school. When the lunch bell rang, students from the orphanages would slowly slip out of the class. They did not have lunches in their sacks. They would gather in a warm spot on the playground and doze off until others came out after finishing their lunch.

At that time, I did not know that orphanages in a poor country could not pack lunches for the kids nor how my peers would have felt when they had to walk out of the classroom so as not to spoil the lunchtime for others. I did not know that they dozed off in the wintry weather as they were hungry.

We were ignorant. As we were all poor, we were unable to recognize the pain of the poorer. I later wondered why my teacher did not ask any pupils if they could bring an extra lunchbox. He may have considered the hardships of all families at the time. Still, I cannot agree with my teacher’s action. Kids should have known there were neighbors deprived of basics because of poverty. They should have been taught that sharing was a linchpin of a community.

Half a century later, South Korea has turned around nicely. It is a developed economy. Yet inequalities have deepened. Among 38 member countries of the OECD, South Korea ranks 11th on the scale of the Gini coefficient — a barometer of income or wealth inequality in which 0 represents perfect equality and 1 represents perfect inequality. When excluding Latin American and East European countries, Korea comes in fifth highest on the inequality scale. Many believe Korea is a relatively equal society. But that was a wrong impression based on a housing income survey. The survey had households write their monthly incomes themselves. (Also, high-income earners either did not take part in the survey or under-reported their wealth.) Since the government improved the survey method in 2017, the Gini index soared. In the past, Korea came in the middle of the OECD Gini scale. Based on the rationalized measurement, however, the country became a highly unequal society.

Just as poverty stifles human potential, wealth polarization wastes a society’s potential. Depriving a talented kid of a good education can be a loss not just for the individual, but also for the community. Even with excellent business skills, one cannot start a business without capital. Social conflict and political insecurity from polarization also can pose serious problems. Economic discrepancies in Korea have deepened from the Wall Street-triggered financial crisis of 2008 and domestic political conflict. Wealth polarization can hobble a society and hinder its progress. My research has found that Russia lost 2.1 percentage points of its annual economic growth due to polarization during the period of transition to capitalism. The surge in unemployment and wealth gap aggravated inequality and could not bring about social consensus on economic reforms.

Korea too is unable to move forward. The progressives and the conservatives blame one another. But the fundamental problem lies in inequalities. Korea has failed in its distribution policy. The key to the policy is to concentrate funding on the weakest class and aid hard-up people without weakening their motivation to work and save for the future. However, Korea showed the least improvement in the Gini index after fiscal spending. While the improvement ratio exceeded 30 percent in most countries, the ratio stood at only 12 percent in 2016 and 16 percent in 2019 in Korea. The government policy aims to ease economic discrepancies, but in actuality the policy mostly had been swayed by votes and the ruling power’s interests. Special budgets for the constituencies of ruling party lawmakers are examples.

The next president must put top priority on easing polarization. He must set a specific goal to lower the Gini index from current 0.34 to the OECD median level of 0.30 to 0.32. Polarization is the biggest threat to a simultaneous growth of democracy and market economy. A leader who does not empathize with the weak is like a captain navigating the perilous sea without a compass.